Apex Legends badges are a cosmetic addition to the game that allows players to flex various achievements they’ve acquired in their playtime.  You can display your badges in the loading screen and it’s a cool way to show off in front of your teammates before the game commences. Currently, there are over 370 existing unique badges with numerous variations, and some of them are much more difficult to obtain than others. Today, we’ll focus on the rarest badges that exist in Apex Legends and how you could obtain them.

Before we kick off our list, keep in mind that the badges we’ll discuss on this list are not ranked by which one is the rarest. Because some of the badges are currently available in the game, and some aren’t, it’s extremely difficult to compare their rarity and we’ve divided them into 2 categories accordingly.

Master of All Badge

We kick off our list with one of the most infamous and peskiest badges to acquire in the game. Unlike some of the badges we’ll talk about, the Master of All badge is still obtainable as of today, but its rarity lies in how difficult it is to obtain the badge itself.

If you want to rock this badge ahead of every game, you need to win at least 10 times with 8 different legends. This proves to be a difficult task for several reasons. First of all, you need to unlock 2 legends apart from the ones you start with, and you actually need to win 10 games with all of them, which is incredibly difficult. Most players only main 1-2 legends at all times and those are the legends they play the best and find the most success with. To put things into perspective, to get this badge, you’d have to win 80 games with 8 different legends, which is why Master of All warrants a place on our list. 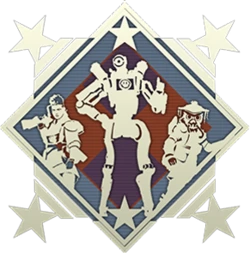 Another incredibly difficult badge to obtain, the Tier IV Teamwork Badge’s rarity lies in the fact that you need to have your entire squad on top of their game. If you want to rock this badge, your entire squad needs to have over 10 kills each in one of your games. It’s needless to say how hard it is to have over 30 kills in a squad, especially evenly distributed amongst the members, making the Tier IV Teamwork Badge one of the rarest ones in the game. 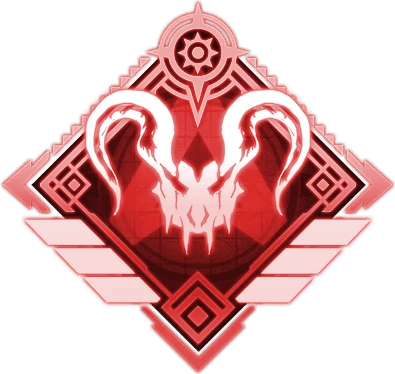 Still remaining one of the hardest badges to acquire in the game, the infamous Apex Predator badge requires you to be amongst the top 750 players on your respective platform. You have to be one of the best to rock this badge, hence the badge’s incredible rarity. 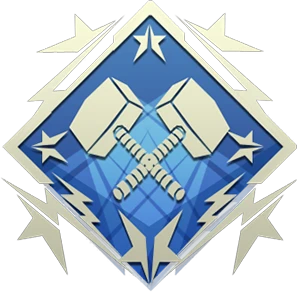 Without a shadow of a doubt, one of the hardest badges to acquire in the game is the infamous 4K damage badge. This elusive badge can be obtained if you deal over 4000 damage in a single game, which is a feat only a few elite players can accomplish. While it’s available and earnable at any point, dealing 4000 damage in a single game is an extremely challenging task, which is why this badge remains one of the hardest to obtain in the game. 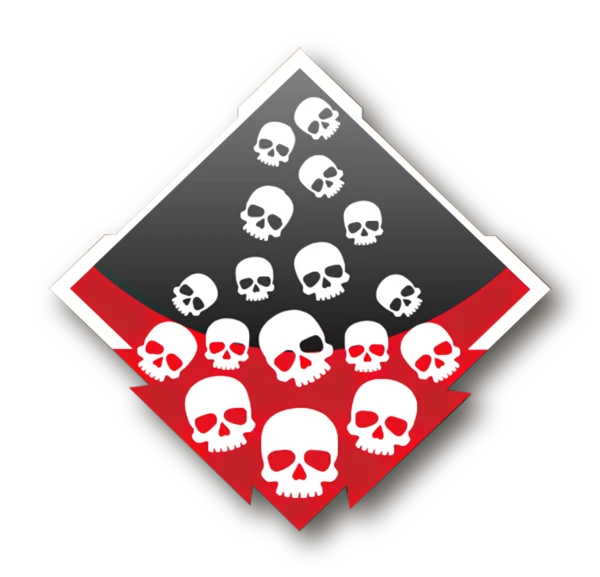 Much like the 4K damage badge, while the 20 kill badge is earnable at any point, you have to be incredibly skilled to actually obtain it. Eliminating 20 out of 60 players is ridiculously hard to pull off and you have to play extremely aggressively and flawlessly to make it happen. All in all, if you have this badge, it’s a true testimony to your skill and superiority in Apex Legends.

While a lot of players possess some kind of Anniversary badge, the Tier III Anniversary badge is one of the rarest badges in the game, because you had to play the game in its first week of inception. While Apex Legends did cause a big boom in the gaming community and a lot of players downloaded the game on the very first day of its initial release, a lot of those players don’t play the game anymore and never claimed the badge in the first place. As the game grows older, this badge becomes rarer because of its extremely temporal availability. 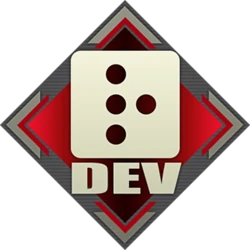 Moving on, we’ll talk about probably the rarest badge in the game which is The Dev badge. This badge is only available for Respawn employees, Devs, and game testers. It’s needless to explain why this badge is as rare as it is because the only way to directly obtain it is to literally work for Respawn Entertainment. 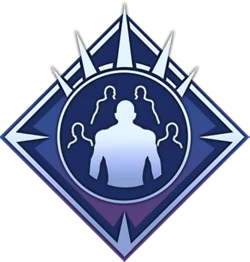 The Absolute Monarchy badge was briefly earnable in Season 2 when you had to win a game with every legend available at that time to obtain it. While the task is seemingly easy, there are a few circumstances that attributed to the rarity of this badge, the first one being the large decline in the game’s popularity during Season 2. Furthermore, like we previously mentioned when discussing Master of All, people simply like to stick to their main legend, and winning a game with every legend in the game still proved to be a fairly difficult task. Those circumstances, paired up with the fact that the badge is not available anymore, make this an extremely rare badge overall. 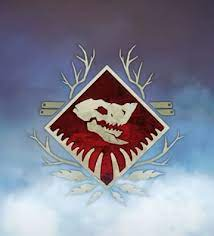 Our next entry is, without a shadow of a doubt, one of the most ridiculously difficult badges to obtain in the game’s history. In season 1, Respawn gave out a series of badges that rewarded you for kills/wins/top 5 finishes with various legends. The most difficult out of those three categories was the badge that required wins, requiring you to get 50 wins with 7 different legends. That’s 350 wins total. If that alone didn’t make this badge rare enough, his limited availability that’s restricted to only those who played in Season 1 adds another layer on top of it. 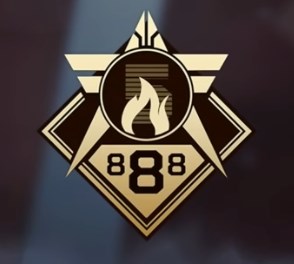 As we approach the end of our entertaining list, we have to talk about possibly the rarest and most difficult badge to obtain in Apex Legends’ history. Before ranked was introduced in the game, players could enter the so-called elite queue, if they managed to finish in the top 5. Finishing in the top 5 consecutively would extend the elite queue and allow them to play amongst the best. Now if they wanted to obtain the infamous 888 badge, they’d have to have 8 kills, with 8 different legends, in 8 elite matches, which equals to 64 kills total. At that time, it was incredibly difficult to get 8 kills consecutively as players played defensively in Elite queue, so they wouldn’t lose it and have to get another Top 5 finish to qualify, making this badge extremely difficult to obtain, and one of the rarest ones in the game.

All in all, for most of us mortals, acquiring some of these badges is only a distant dream and most of the player base won’t ever be able to flex these achievements in the pre-game lobby. However, if you want to flex your shiny rank in front of your friends and teammates, make sure to take a look at our premium Apex Legends boosting options.