Just like every popular multiplayer game nowadays, Apex Legends enriches its gameplay with a wide array of purchasable cosmetic add-ons. Perhaps the most interesting of the bunch, legend skins, are extremely fun to collect and show off in-game. However, that does mean that some of the skins in the game are inherently more difficult to collect because of certain circumstances that increase their rarity. We’ll focus on those skins today, as we take a look at the rarest skin for every single legend in Apex Legends.

Keep in mind that we won’t talk about newly released legends, as their skins are much more common than the ones that will make this list. 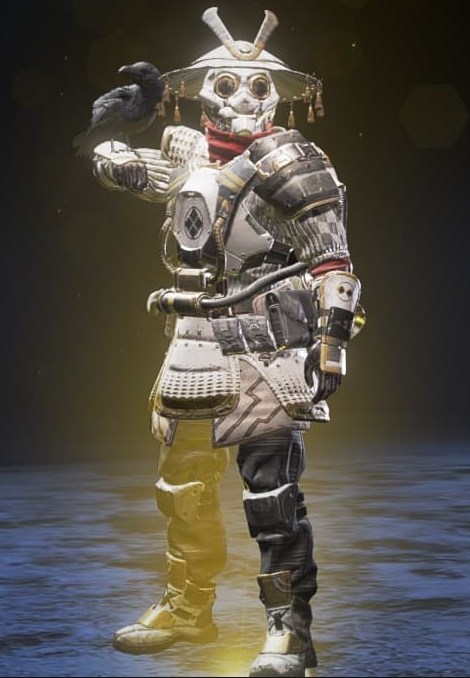 We kick off our list with one of the most iconic and exclusive skins in the game which is Bloodhound’s Great Winter skin. This skin was last available in February of 2019, which is only a couple of weeks after the game’s initial inception. It’s safe to say that this skin reached legendary status in terms of its rarity, as it’s rarely seen in the game at all.

A lot of players didn’t purchase skins back then since they weren’t ready to invest money in a game that they just started playing, which increases this skin’s rarity immensely. As of now, this skin is not scheduled to make a return to the shop and it’s becoming more scarce as time goes on. 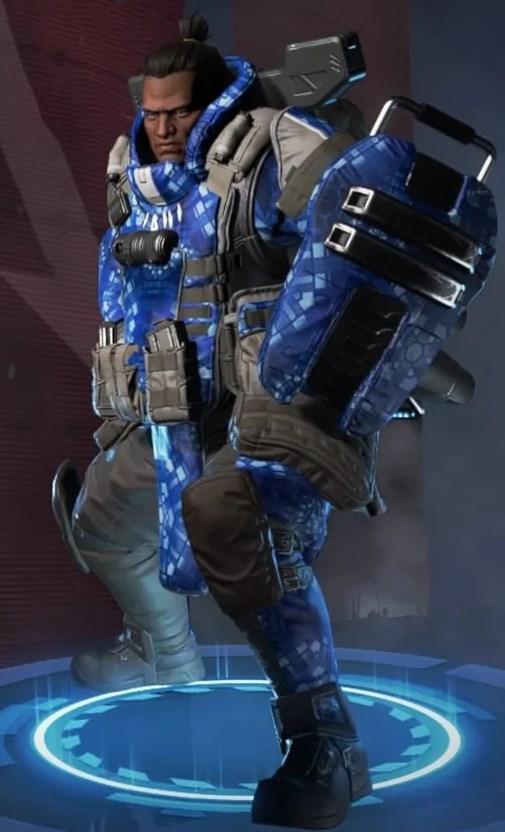 Just like Great Winter Bloodhound, the rarest Gibraltar skin was only obtainable if you played Apex Legends from the very beginning. In fact, Gibraltar’s skin may be even rarer than Bloodhound’s, as the only way to acquire it was to purchase the PS+ pack upon the game’s initial release. Additionally, the skin doesn’t really alter Gibraltar’s appearance all that much, which is why players weren’t that keen on buying it as well. As a result, this skin is rarely seen in-game and if you come across a player that owns it, you’re undoubtedly playing with a true Apex veteran. 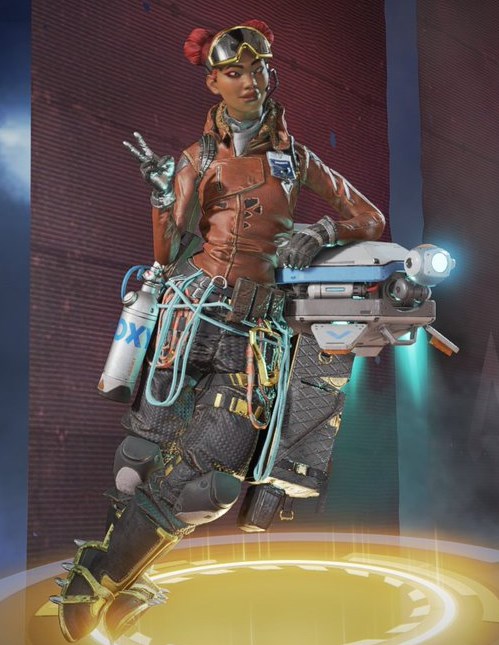 Our next entry which is Lifeline’s Bling skin follows the trend of skins that were only available at the game’s beginning since the skin was only available in March of 2019. That being said, there is another layer of rarity that this skin has and it lies in the skin’s unimpressive looks. To be honest, the skin is fairly plain and there weren’t many players that were clamoring to buy it back in the day, which increases the skin’s exclusiveness and rarity as of today. Currently, there are no plans to reintegrate this skin in the shop, which means that Lifeline Bling will remain one of the rarest skins in Apex Legends. 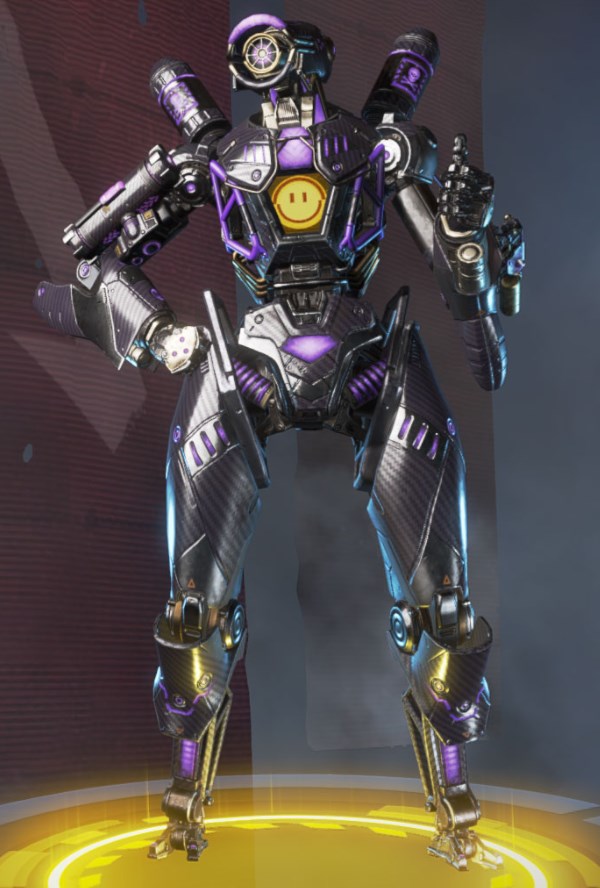 While there are a lot of peculiar and rare Pathfinder skins, the Omega Point Pathfinder takes the cake as the rarest and most exclusive Pathfinder skin in the game. Just like every other skin in the list, it was only available during the game’s first month of release, but there is another factor that launches this skin’s rarity to the moon. The Omega Point Pathfinder was only available during February of 2019, as a Twitch Prime subscription award. Unlike today, in 2019, Twitch Prime was not nearly as common and it was still a novelty in the community and not many people were using it. Paired up with the fact that the skin isn’t, and most likely won’t be available in the future, make this skin one of the most exclusive legendary skins in the game. 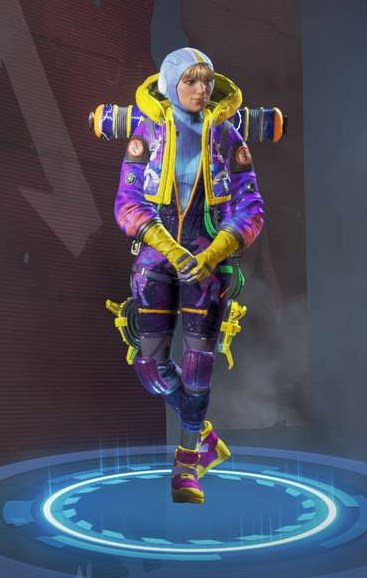 The rarest Wattson skin, much like Pathfinder’s, originates from a Twitch prime subscription deal back in July 2019. While this skin isn’t nearly as rare as Pathfinder’s Twitch Prime skin, due to Wattson’s later release date as a legend, the skin is pretty scarce for all the same reasons. Twitch Prime was still not as popular as it is today and a lot of people simply forgot to redeem their free in-game cosmetics, which makes this skin rare enough to make this list. 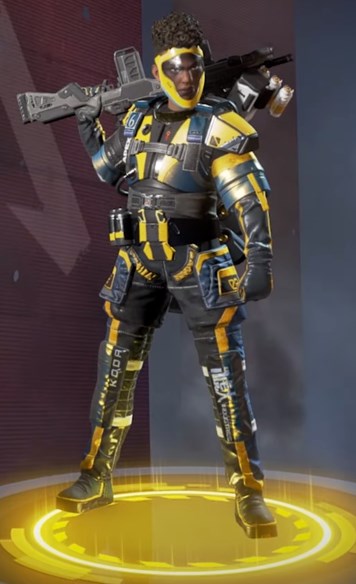 The rarest Bangalore skin is undoubtedly one of the funniest ones she has, which is her Killer B skin. Released in late March of 2019, this skin was a bit of a laughing stock upon its initial release, as the player base felt this was more of a meme than an actual skin. As you may have already predicted by now, that impacted the skin’s sales rate and not a lot of people bought this temporarily available skin, which skyrocketed its rarity. 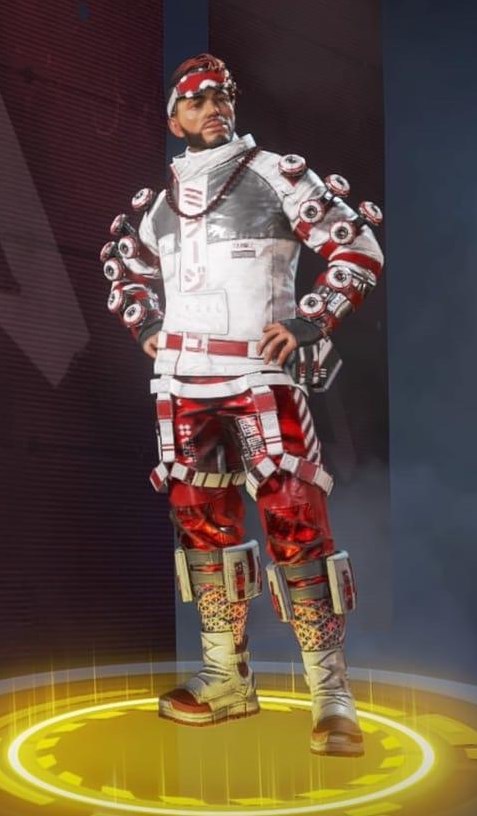 Moving on, we’ll talk about one of the first upgradeable skins in the game which is the Center Stage Mirage, released back in April of 2019. This skin is an upgrade of the Angel City Hustler skin which is another fairly rare Mirage skin. Overall, while it is an extreme rarity to encounter Center Stage Mirage in-game, more people bought this skin back in the day than some of the skins we’ve discussed because of its amazing looks. 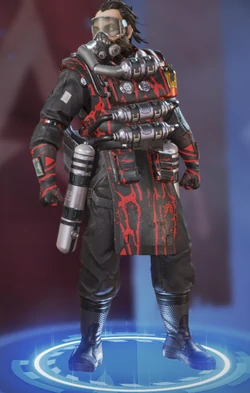 Much like Deep Blue Gibraltar, Bloodshot Caustic was a PS+ exclusive that was temporarily available in the shop during Season 2. While it was released later than some of the skins on this list, the main factor that determines this skin’s rarity is the fact that a lot of players stopped playing the game in Season 2 overall. As the player base dwindled, so did the interest in this skin, therefore it remains one of the rarest in the game as of today. 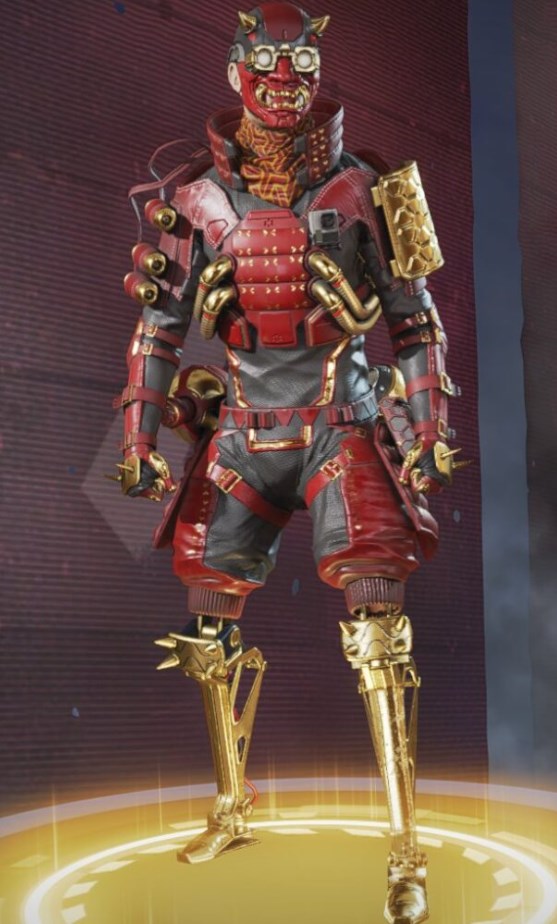 It’s only fair that the most iconic Apex legend gets the most iconic we’ll talk about, which is undoubtedly the Red Shift Octane. Originating from April of 2019, the Red Shift Octane is an upgrade over the El Diablo Octane and is one of the coolest-looking skins in the game. Over time, the skin became quite a myth because of its scarcity and legendary looks, which is why it had to make our list. 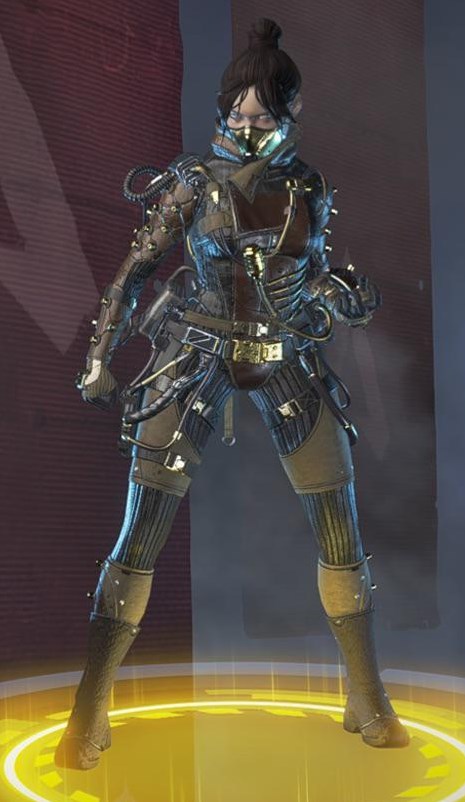 This steampunk-inspired skin makes the cut easily because it was available for only a short period of time during the game’s first month of release. The Airship Assasin Wraith skin is one of the most iconic ones, as its simplicity does not hinder the fact that Wraith looks as deadly as ever. With the chances of this skin ever returning to the shop being as slim as ever, people that own this skin will have the privilege to boast about its exclusiveness for years to come.

If you own any of the aforementioned skins, you can consider yourself a very lucky man, as most of these skins never see the light of day nowadays. Keep in mind that skins aren’t everything though, and blinging up your rank is just as important as blinging up your skin, and if you’re having trouble giving your rank the proper shine, make sure to check out our premium Apex Legends boosting service.