Riot does a great job introducing the new Wild Rift players to almost every concept of the game once they start playing, with their numerous tutorials. However, when it comes to the summoner spells, knowing when to use them and how to maximize their potency is much more difficult than just tapping your screen. Additionally, some champions change their summoner spells every game, so it’s crucial to know which summoner spells excel in which situations. Luckily, we’ve created an in-depth guide where we explain everything you need to know about summoner spells and how to effectively in Wild Rift.

- Teleports a short distance towards the aimed direction

We kick off our tutorial with the most used summoner spell in both League of Legends and Wild Rift. Flash is the primary summoner spell choice for almost every champion in the game due to its unmatched versatility and flexibility.

The true power of flash lies in its simpleness as it just blinks you to a designated area. Flash can be used both offensively and defensively, depending on the scenario you’re in. If you’re going for a kill but your target is out of range and you can’t reach it, use flash. If you’re an ADC who’s being chased by their fed mid laner, use flash. There is a lot of skill expression when it comes to flashing, as you can fail flash over certain walls, and some walls can be only flashed if you stand in a specific spot. Overall, using flash in clutch situations is something that takes a lot of in-game practice and experience, so don't be discouraged if you fail your flash every once in a while.

As far as the usage of this spell goes, there are very few champions that don’t take it every game. If your champion has in-built dashes that you can rely on, you can try experimenting with other summoner spells instead of using flash, but you’ll generally run flash in every game on every champion. 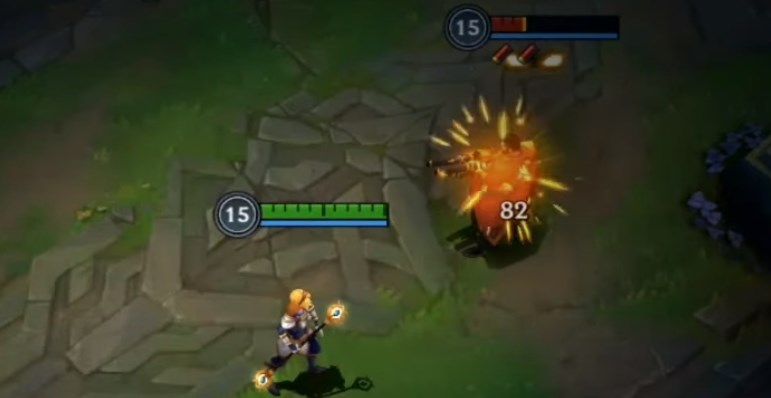 Moving on, we’ll talk about ignite which is one of the most powerful and fun summoner spells to use in Wild Rift. Generally, ignite is taken on offensive champions that like to dominate their lane and abuse their opponent. In those situations, ignite provides even more damage when you’re fighting, enabling you to be even more aggressive.

However, there is a defensive side of ignite that lies in its Grievous Wounds effect (reduces healing on the target). If you’re laning against a champion that has a lot of in-built healing or playing against a team that has a lot of healing in general, you’ll certainly want to take ignite as it’ll make your life much easier in extended fights.

As far as the roles go, ignite is taken on aggressive mid lane/baron lane champions, and supports, in certain situations.

Generally, you’ll use ignite when the opponent is low on HP and out of range to execute them. Additionally, when you’re fighting a champion that has a lot of healing and you have ignite available, ignite them as soon as possible to reduce their healing output significantly.

- Grants a shield for a short amount of time

The next summoner spell we’ll talk about is the barrier. It’s a fairly simplistic defensive summoner spell that just shields your champion from any time of damage for a short period of time.

The barrier is mostly taken on squishy mid lane mages, baron lane fighters, or against assassins such as Zed or Yasuo. Additionally, you can take barrier as an ADC if you’re facing a team with a lot of burst or if your support has the heal summoner spell already.

In general, you’ll want to hold on to your barrier for as long as possible, only activating it if you’re dangerously low on HP and in combat with an enemy champion. Holding it until you’re extremely low will lure the opponent to make an overly aggressive play without them knowing that you have your barrier ready.

Heal is a fairly straightforward spell that restores health to you and the most wounded nearby ally, providing some MS in the mix as well. It’s a defensive summoner spell that usually finds its place in the bot lane as you play the lane with another champion, maximizing the effectiveness of the spell that heals two champions.

Although it’s a defensive summoner spell, it does enable some aggressive plays with the movement speed it provides. As we previously mentioned, heal finds its home in the Bot lane and is occasionally taken in the mid lane as well.

Usage-wise, it’s used similarly to the barrier in the sense that you’ll hold onto it until you’re really low on HP in order to bait the opposing players.

- Reduces the movement speed and damage output of the targeted champion 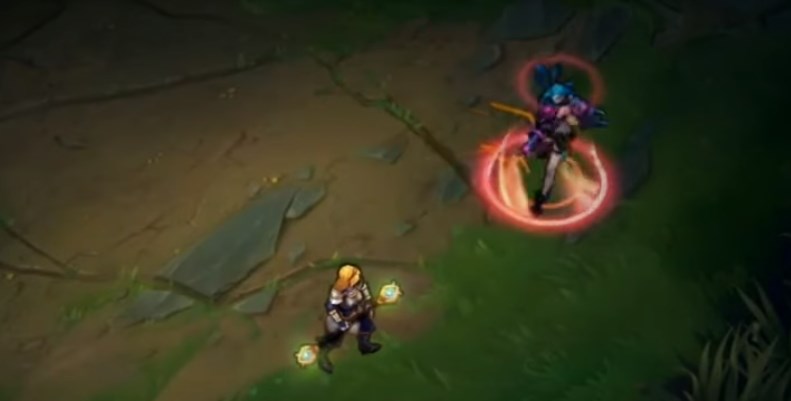 Exhaust is one of the most interesting and peculiar summoner spells in Wild Rift due to its unique effect and possible applications. Reducing the damage of a champion that carries the opposing team by 40% in a skirmish or a teamfight can outright win you the game sometimes. Exhaust is most commonly taken on supports, but it sometimes finds usage in the mid lane and top lane. Ad carries sometimes take it as well if their support takes ignite/heal.

Activating exhaust is simple as you just click on the enemy champion, but using it efficiently requires a lot of game knowledge. The potency of your exhaust depends on your timing and you should use exhaust before your opponent does their maximum damage combo. Unfortunately, that will require you to know almost all of the abilities that exist in the game, which takes time and practice. On the other hand, you can also use exhaust when you’re chasing someone or being chased by an enemy because of the spell’s powerful slow.

One of the last summoner spells we’ll talk about is ghost, which simply increases your champion’s movement speed for a period of time. Generally, ghost is very situational even though its effect is quite powerful, due to the fact that some champions simply don’t need more movement speed because of their kit. Ghost can be used both offensively and defensively, depending on the situation you find yourself in.

No role in Wild Rift takes ghost consistently, but there are champions that take ghost because they’re naturally immobile, such as Nasus.

- Deals damage to a jungle camp

Last but not least, we’ll briefly talk about smite and its applications. Smite is a fairly straightforward spell that deals true damage to a jungle camp. Because of that, this spell is exclusively taken on junglers and as a jungler, you have to run it in every game you play. After you clear 4 camps as a jungler, it transforms into either red smite or blue smite, depending on your preference. Keep in mind that smite heals your champion, so if you’re fighting in the jungle and you have your smite up, smite the nearby camp for a quick HP boost.

If all of this information is causing you a headache and you need a helping hand in your ranked games, don't hesitate to treat yourself with the best Wild Rift boosting service on the market.