Differences between Wild Rift and League of Legends

Riot’s League of Legends mobile version Wild Rift became an overnight sensation, racking up over 6 million monthly players as of June 2021. It attracted many players that were previously unfamiliar with League of Legends, or the MOBA genre entirely. However, the majority of the player base are curious LoL players that wanted to see how the mobile version of their favorite game turned out in the end. If you’re one of those players, you’ve probably found yourself surprised by all of the differences that exist between the two games, even though they’re fundamentally very similar. We thought that the contrast between the games was so interesting that we’ve written an entire article about it, so get your popcorn ready as we take a look at all of the differences between Wild Rift and LoL.

The first difference we’ll talk about is the thing that’s most apparent as soon as you launch Wild Rift. It looks like the pc version, but on the lowest graphic settings. That change is understandable since Riot tried to make the game accessible to the players that don’t have high-end smartphones at their disposal, but if you’re someone who has played LoL for years, Wild Rift’s graphics will take some time to get used to.

One of, if not the biggest change Riot made when creating WR is how they transitioned some of the champions’ kits. For example, Nasus, who is a stacking mid-to-late game hypercarry, stacks much faster in Wild Rift to keep up with the game’s increased pace. Olaf, instead of simply cleaving his opponent with E, has a small dash and so on. On the other hand, champions such as Janna or Yasuo’s kits are completely unchanged. All of the changes Riot made are intended to help LoL champions with slower-paced gameplay adapt to Wild Rift’s faster pace, as the games are intended to last between 15 and 20 minutes on average.

There are a couple of fundamental differences when it comes to Wild Rift’s rune system though. For example, you can only take 3 secondary runes which are called minor runes. Additionally, in WR, once you choose your keystone, you’re not locked into that specific tree, but you rather get a single secondary rune from each of the Resolve / Domination / Inspiration trees.

In general, the game has fewer runes than LoL, some of which are taken from League, and some of which are completely new. Overall, Riot did a good job transferring LoL’s complex rune system to Wild Rift’s fast-paced gameplay, while keeping the core philosophy of the runes intact.

In order to properly convert League of Legends into a mobile version, Riot had to do a lot of tweaking and adjusting to the map and its contents.

The first change is the name of the map, as it’s named Wild Rift instead of Summoner’s Rift to emphasize the swift gameplay that takes place here. Additionally, the map is a lot smaller and forces players to engage in combat sooner. For example, there was no room to fit in nexus towers, so the Nexus now has a turret of its own! 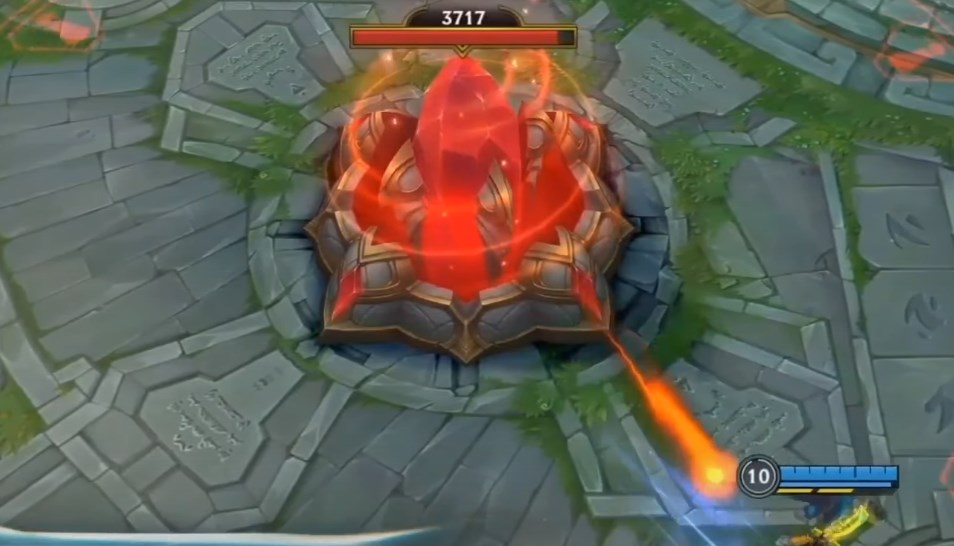 The jungle is another aspect of the game that’s radically changed and the first thing you’ll notice is that the terrain looks different than it does on the PC version. Some walls are completely eradicated to compensate for the map’s smaller size. Some of the jungle camps and their buffs are different, most notably Red buff and Blue buff. Just like in LoL, the Blue buff restores your mana/energy, but instead of granting cooldown reduction, the bearer of the buff restores health over time. On the other hand, Red buff gives you true damage on attacks as well as a slow, just like in League. However, the main difference lies in the fact that both of the buffs evolve later in the game, becoming tougher and granting you stronger buffs.

The Dragons and the buffs they provide are completely different as well. All four of the drakes are transferred from LoL to WR (Infernal, Mountain, Ocean, Cloud), but they spawn in a different pattern. Unlike LoL, where you get two random Dragon spawns followed by two spawns of the Dragon that dictates the Dragon Soul, in Wild Rift, all four of the elemental Dragons spawn in random order. After killing all four of them, instead of an Elder Dragon spawning, one of the four elemental Elder Dragons spawn. They provide the team that slays them with powerful buffs and they keep respawning until the game is over. 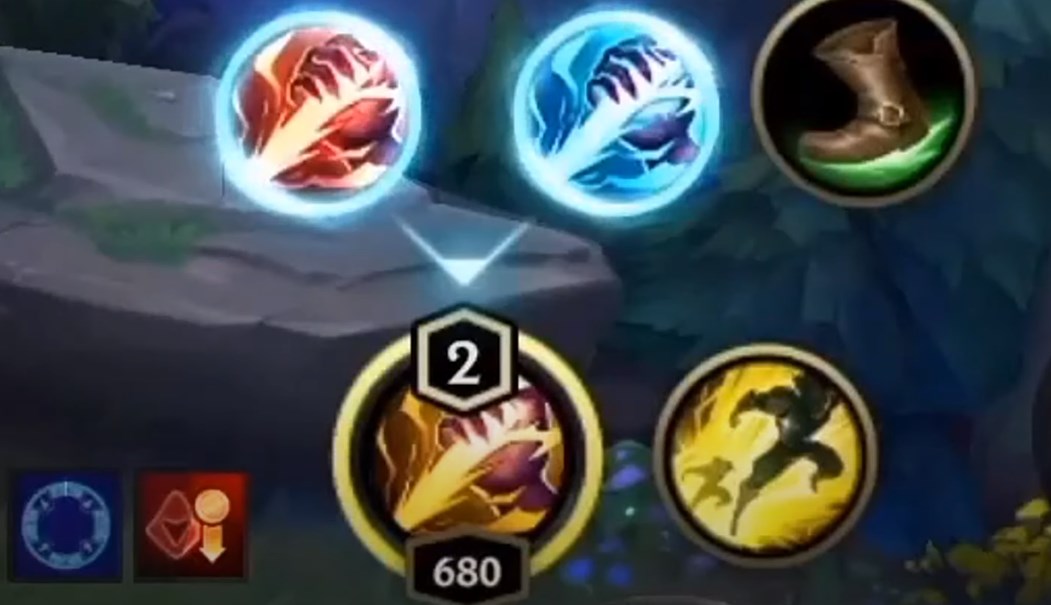 Last but not least, we have to talk a bit about the items and how they turned out to be in Wild Rift. Firstly, Riot decided to implement an amazing change in their shop system that allows players to pre-order items and instantly purchase them when recalled, which saves a lot of time as a result. A lot of LoL items were made into the game completely unchanged, but Wild Rift introduced a lot of new items as well. One of the most interesting mechanics is the way items that have active effects behave in Wild Rift. You’re limited to only one item with an active effect per game and you bind the chosen item to your boots. It may sound confusing, but you essentially bind your boots and an item like Zhonyas for the rest of the game by upgrading your boots into the item of your choice.

All of these changes might impact your ranked climb negatively, and if you find yourself in an LP drought, check out some of our sweet Wild Rift boosting options.