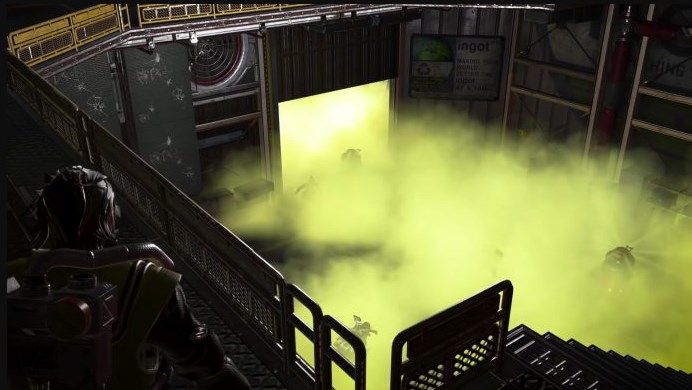 With the recent buffs to his Nox Gas damage, Caustic’s tactical ability became an extremely potent threat in close combat. His Nox Gas Trap tactical places a canister that, upon explosion, fills the area with poisonous gas that continuously damages enemies that are brave enough to stay inside. Before the aforementioned buffs to this ability’s damage, his gas is a force to be reckoned with, especially if you’re playing against players who are not familiar with the potential damage of this devastating ability. 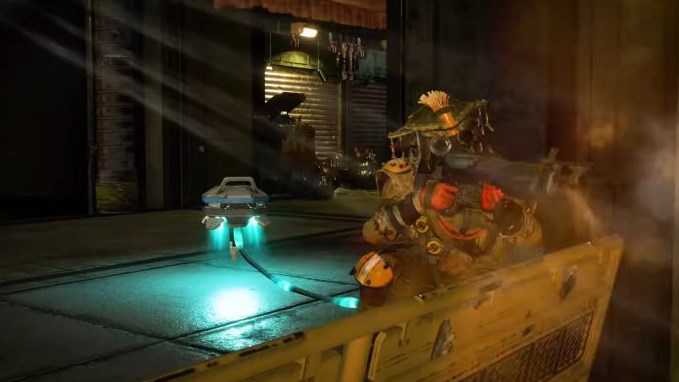 While Lifeline’s tactical is undoubtedly the most noble ability in the game, it is a pretty powerful one too. Truly a playstyle-defining ability, our favorite Medic’s tactical spawns a drone that continuously heals nearby allies. Lifeline is the only legend in the game that can actively heal herself and her allies which can be especially useful in scenarios in which the regeneration supplies are sparse. 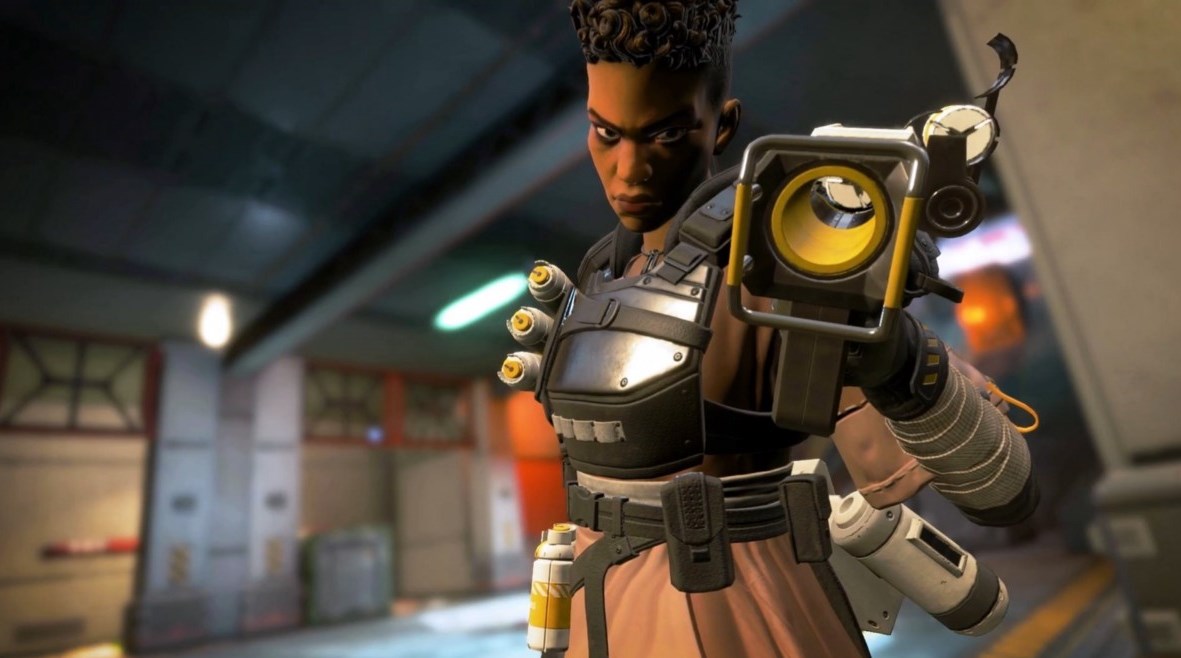 Not everything powerful has to be complicated, which is a formula Bangalore’s tactical ability certainly follows. Bangalore’s ability deploys a smoke grenade that significantly reduces the vision of her opponents, allowing her to gain a tactical advantage over her foes. This tactical finds its place on this list because of its versatility and potential to provide both offensive and defensive advantage for Bangalore, depending on the circumstances.

Without a shadow of a doubt, Pathfinder’s grappling hook is one of the most creative and skill-intense tactical abilities in the game. His hook provides him with unmatched mobility around the map and it's the primary tool that helps Pathfinder out rotate and outmaneuver his opponents. Furthermore, the power of his tactical lies in its versatility, because Pathfinder can also hook his opponents to himself, making his grappling hook a potent offensive tactical ability aside from being a useful utility tool. 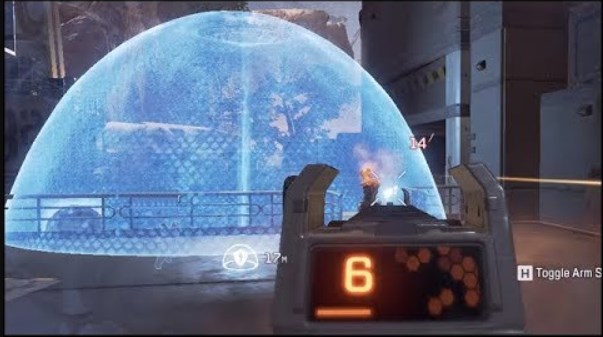 Defense is sometimes the best offense... or is it the other way around? Either way, Gibraltar is a legend that certainly believes that a sturdy defense wins in the end, as his tactical puts up a dome that protects him and allies in it for 15 seconds. Overall, his dome is a fairly easy ability to use effectively as you’re never wrong putting it up when you’re out rotated or facing an inopportune fight. 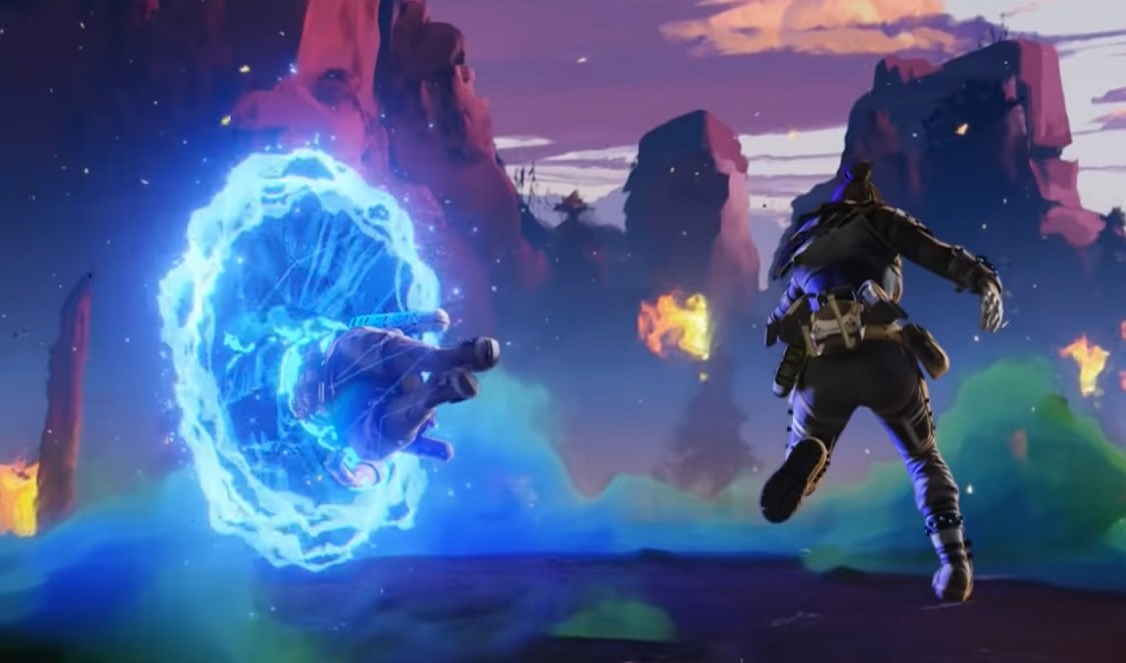 Wraith is the perfect example of a legend whose playstyle is entirely defined by her tactical ability. Into the Void allows Wraith to phase into a dimension for four seconds before re-entering combat. The ability is fairly difficult to use and it leaves a lot of space for creativity and outplay potential over your opponents. If you’re unlucky enough to face her, be ready for a lot of frustration, as her “get out of jail card” is one of the most annoying tactical abilities to play against. It essentially allows Wraith to regenerate before engaging in combat once more, or simply escaping the fight altogether if she desires. 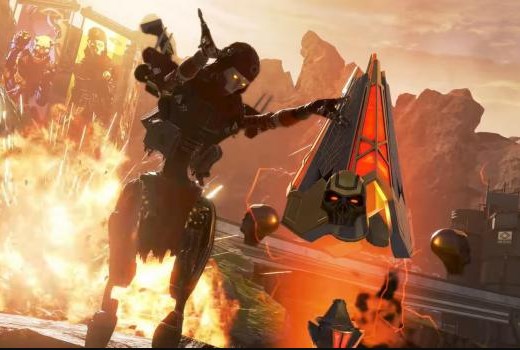 Our next entry is Revenant’s powerful tactical ability that silences and damages opponents that it hits. The silence is the most powerful aspect of the ability as it prevents Revenant’s foes from using their abilities for 15 seconds. You’ve read that correctly, fifteen, which includes passive abilities as well. Revenant is simply a nightmare for any legend whose playstyle solely relies on using their abilities as there are legends in the game who are completely handicapped when silenced for a longer period of time. Overall, Revenant’s powerful tactical is an ability that can completely turn the tide of a losing fight by shutting down his opponents. 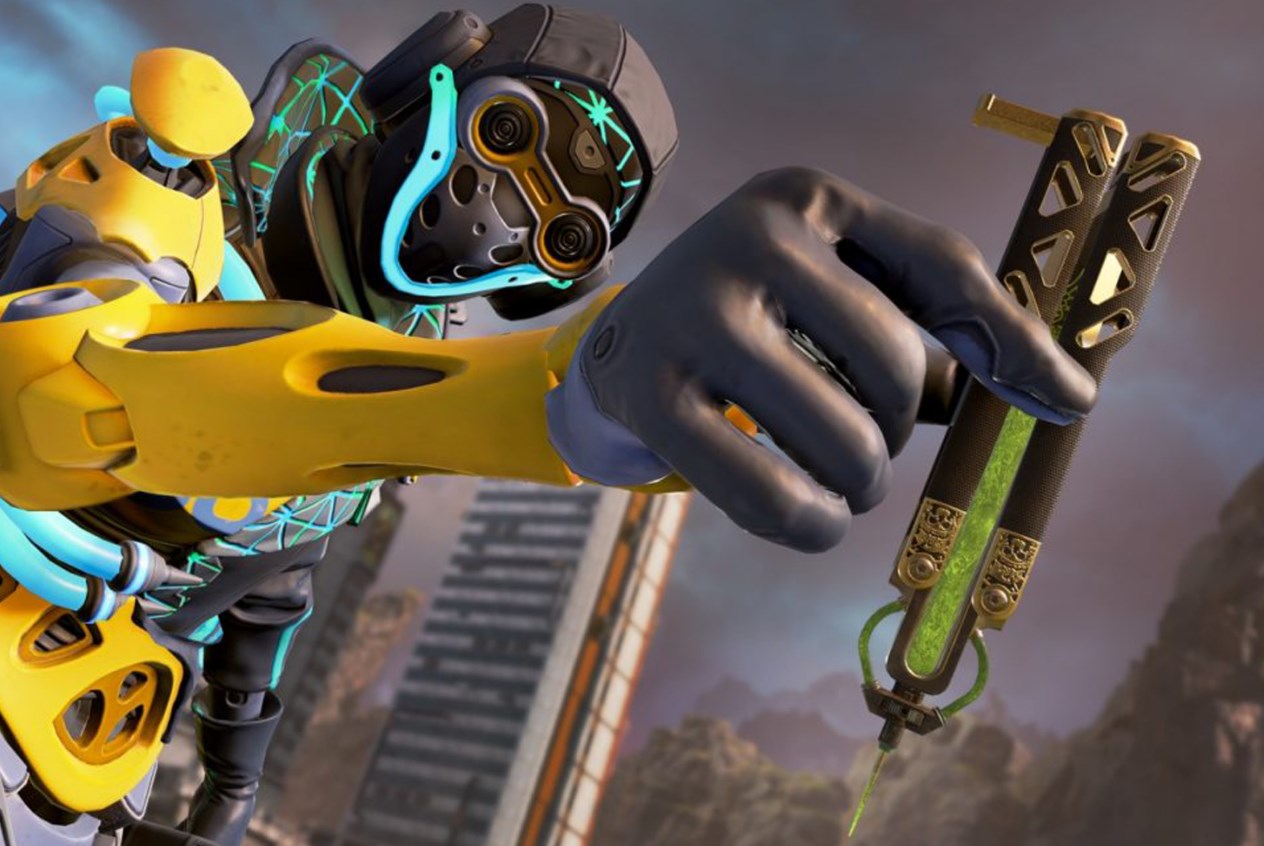 Octane’s Stim is possibly the most iconic tactical in the game’s history and it’s certainly one of the most fun to use. His tactical is a fairly straightforward one, as it provides a burst of movement speed to octane at the cost of his HP. The power of this tactical lies in its simplicity, as you can use it in many different scenarios. Whether you’re engaging in combat with Octane (which you probably are), rotating, or escaping, you’ll undoubtedly outrun your helpless opponents using this powerful ability, which is why Octane is the most popular choice of Apex Legends boosting professionals.

#2 Bloodhound - Eye of the Allfather 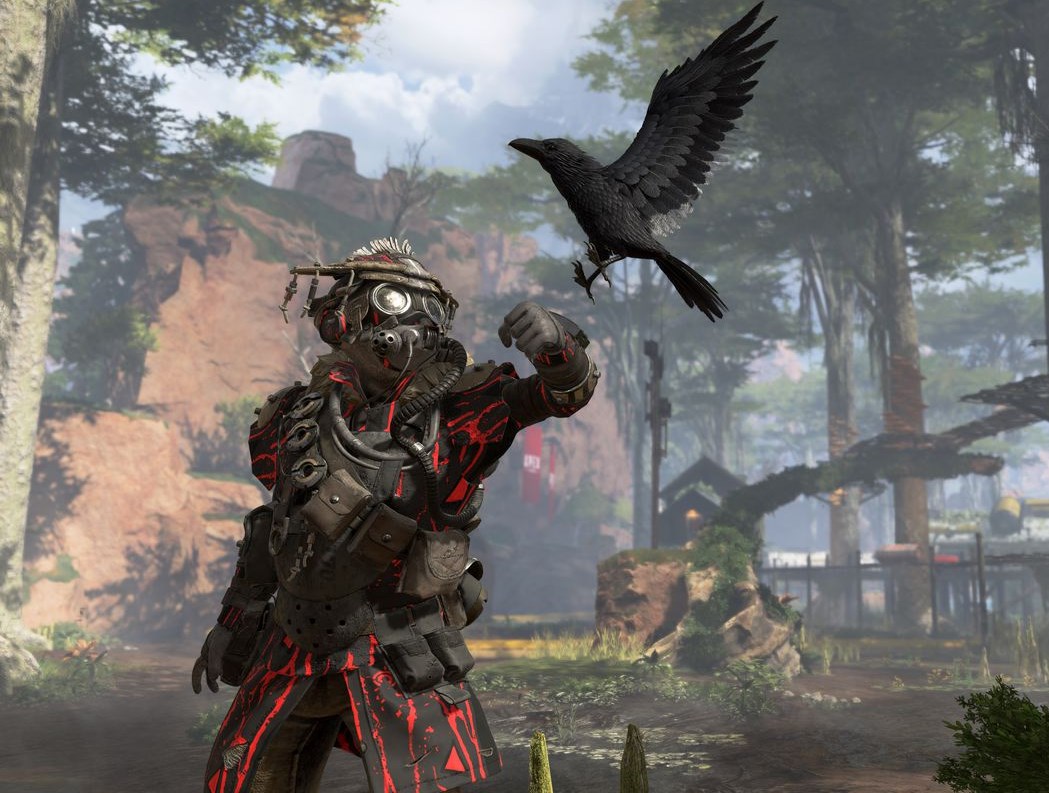 Just narrowly missing out on the top spot, Bloodhound’s tactical is a true powerhouse that pushes him into the highest echelons of the competitive meta. His tactical ability scans a large area that he faces, locating enemies, traps, and clues for his passive. It’s an extremely powerful ability that is useful at any stage of the game, as it provides crucial tactical information that you can use to gain an advantage over your opponents. It synergizes perfectly with the rest of Bloodhound’s kit as well, shaping him up to be a true predator that strikes fear into the bones of the enemies he hunts. 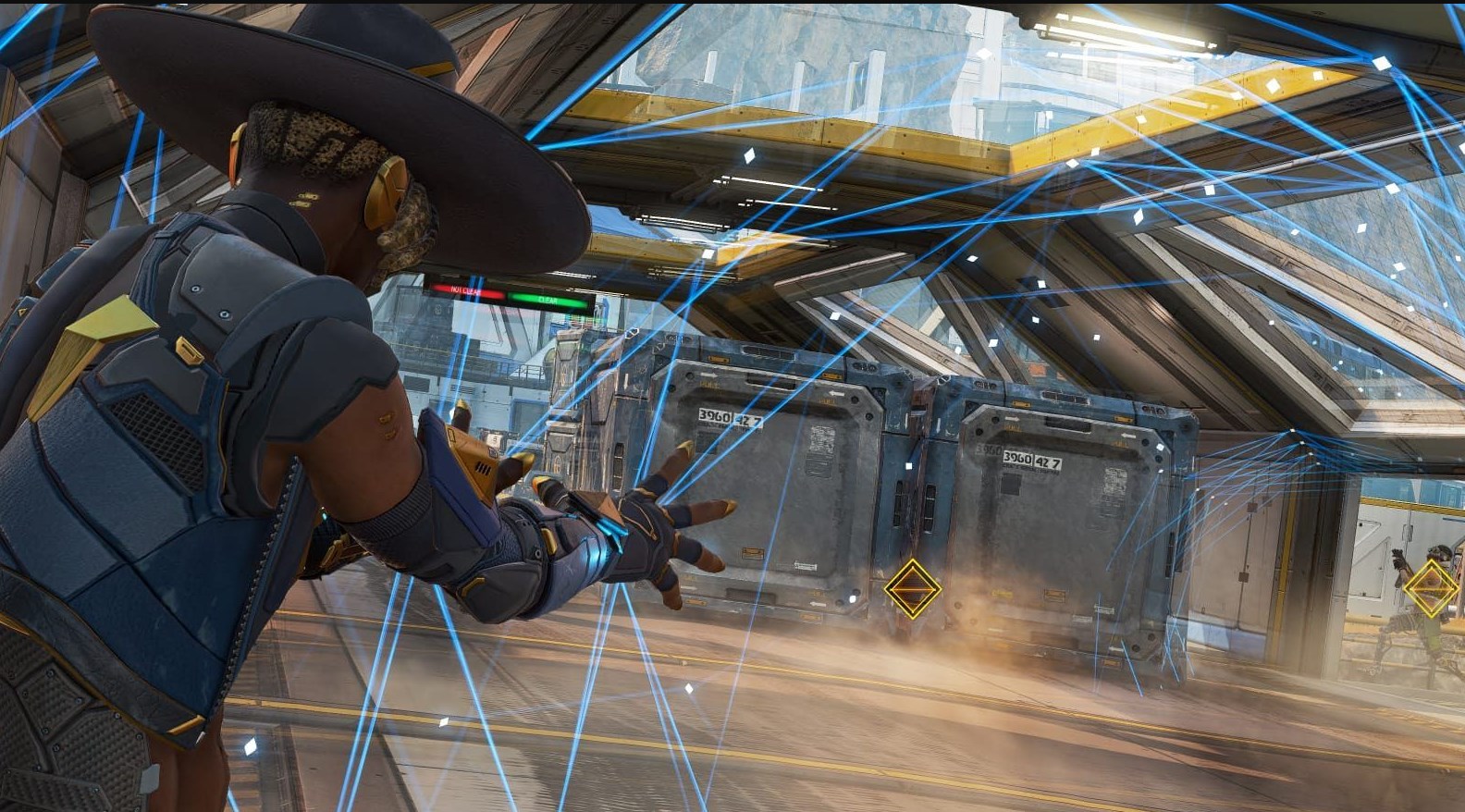 Our #1 spot is taken by the most overpowered and overloaded tactical ability in the game which is Seer’s Focus of Attention. When Seer was fully revealed, the Apex community was in complete outrage because of how absurdly powerful his kit is, especially his tactical. He sends out a wave that goes through walls, revealing all opponents and their health bars for 8 seconds. If that wasn’t enough, Seer’s drones will additionally interrupt any opponent’s abilities, heals, and revives that were channeled at the time. The only downside of this ability is its steep learning curve because you need to know the right time when to use it to maximize its potency. However, that doesn’t stop Seer’s Focus of Attention from being the most OP tactical ability in Apex Legends.