Teamfight Tactics, unlike League of Legends where you play as a certain champion, manipulates champions as units on the board instead of controlling them. While these two games share a lot of similarities, in TFT, as a player, you’re not represented by a single champion. Instead, you’re represented as cute species named Little Legends. These furry friends act as your avatars in-game that you can control and use to collect item orbs and pick champions from the carousel. Generally speaking, they’re your only way of showing uniqueness and they’re the equivalent to a skin or a summoner icon in League of Legends. While their purpose is purely visual and cosmetic, they’re the only way you can differentiate yourself from other players in-game, which means they’re quite important. That’s why we, at Myboosting.gg have decided to take a break from writing about TFT boosting services, and make our list of top 15 TFT’s Little Legends. Do keep in mind that the rankings are purely subjective and that everyone has a different opinion on this matter, just like skins. With that out of the way, let’s get into the list 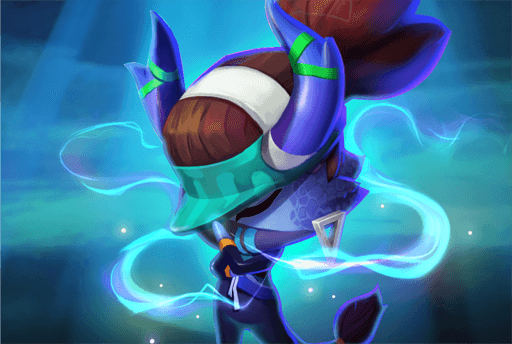 Our first entry is a little legend named Ossia that takes visual inspiration from League of Legends’ True Damage Yasuo skin. Overall, the model fits the beatmaker theme as this little legend pulls off the street swag look flawlessly. Riot has done a great job with this one and you’ll look slicker than most other players if you decide to rock Beatmaker Ossia. 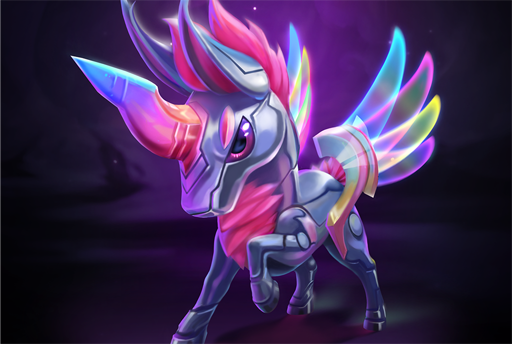 Our next entry is another League inspired skin in Arcade Lightcharger. For those unfamiliar with League of Legends, this skin is practically a re-train of Arcade Hecarim. This pony is a great choice for anyone looking to rock a retro look for their Little Legend but the skin itself is very vibrant and colorful, making it a solid option for female players as well. 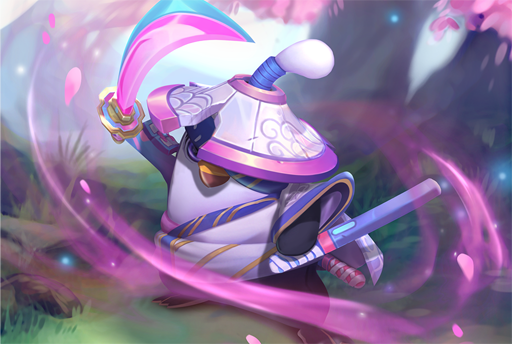 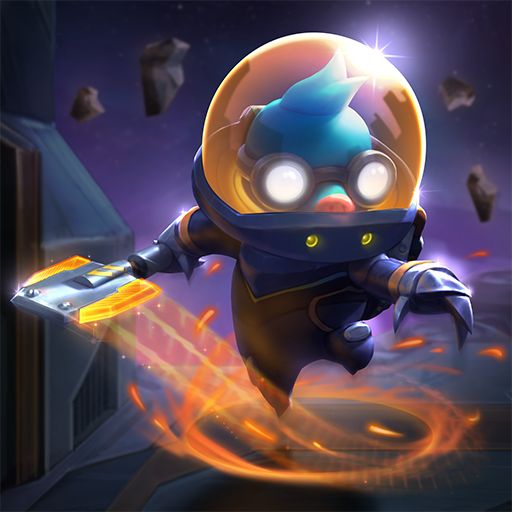 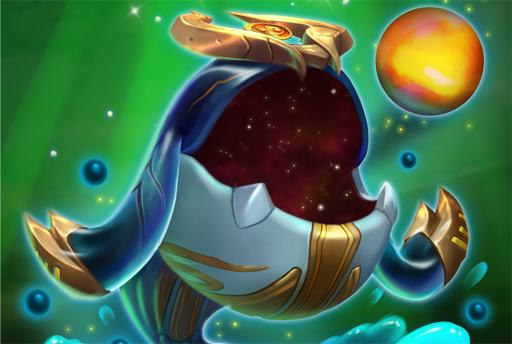 Moving on, we’ll take a look at a Little Legend that takes inspiration from two League of Legends’ champions, Aurelion Sol and Kog’Maw. Galaxy Slayer Starmaw is an alien specimen that travels through galaxies, swallowing planets in the process. It perfectly combines cute and badass and that’s why it earns its place on our list. 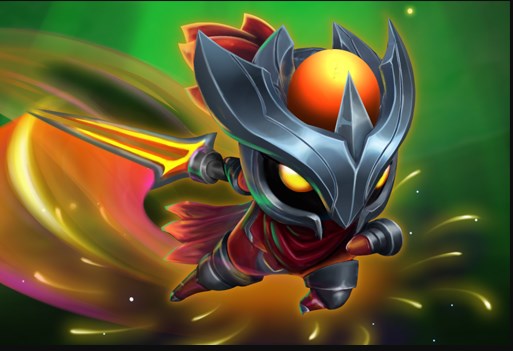 Cracking our top 10 is a complete badass of a Little Legend named Darkin Abyssia. We’ve previously mostly talked about Little Legends that ooze cuteness, but Abyssia is a completely different one as it represents a mysterious knight that wields a mighty sword. The Darkin aspect of the skin is very intriguing as well, as it references League’s Darkin champions that are corrupted spirits trapped in their powerful weapons 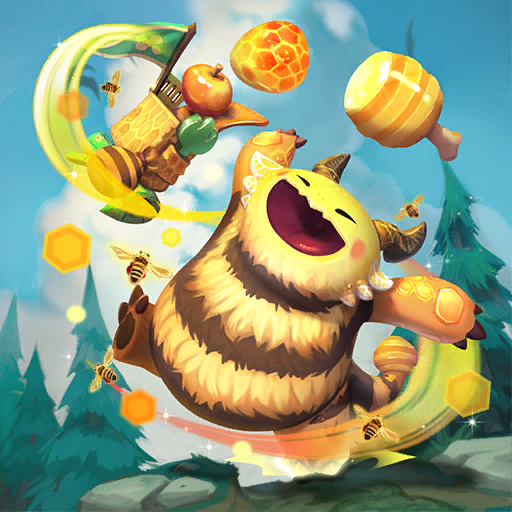 Moving away from the seriousness, our next entry is a Little Legend filled with cuteness and positive energy. Honeybuzz Choncc is a fuzzy friend that takes inspiration from League’s Beemo. All in all, a great pick for anyone who loves food or wants their avatar to spread positivity and joy on the battlefield. 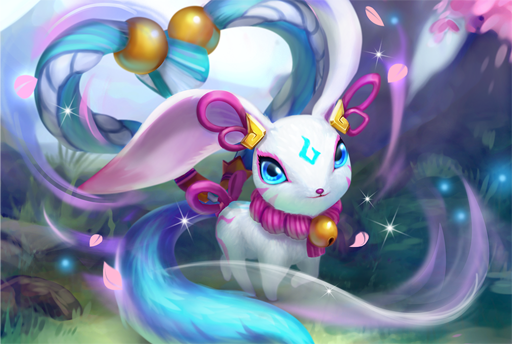 Our #8 spot is taken by another Kanmei Little Legend, this time being Kanmei Hushtail. Hushtail takes inspiration from Pokemon’s Vulpix and in its Kanmei form is a gorgeous combination of grace and elegance. Visually, it doesn’t get much more impressive than Kanmei Hushtail and it’s one of the best looking Little Legends out there. 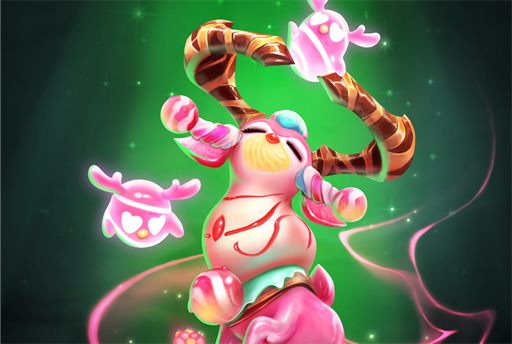 Sugar Rush Bellswayer, without a shadow of a doubt, is one of the cutest Little Legends in the game at the moment. Combining sweets and deers never looked better as this avatar is the perfect symbiosis of cute and casual, making food look absolutely celestial. Overall, this Little Legend is a solid pick for any girl gamer out there as it embodies the color pink in a gorgeous-looking avatar. 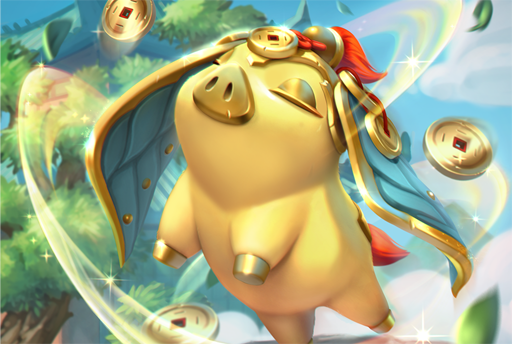 Moving on, we’ll discuss TFT’s cutest Little Legend, in our opinion. Lucky Fuwa is simply adorable as it takes major inspiration from South Korean culture that has pigs as one of their 12 Gods. In 2007, specifically, South Korea hailed the year of the “Golden Pig” that indicated prosperity and wealth all year long. When it comes to TFT however, Lucky Fuwa is a combination of adorable and fancy, as it’s both one of the cutest and blingiest Little Legends in the game. 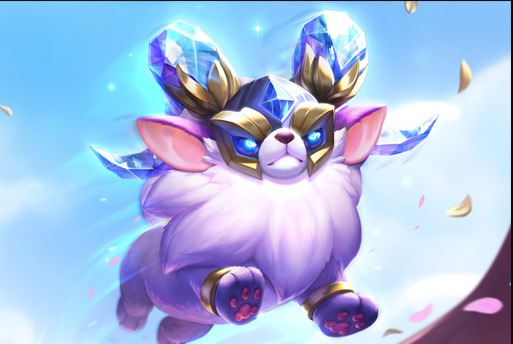 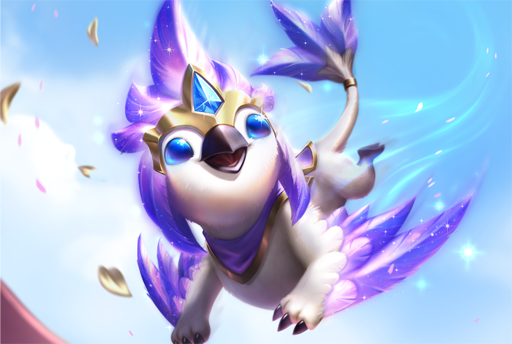 Silverwing and Furyhorn are the OG Little Legends that were released on TFT’s launch, making them very special. Victorious Silverwing is even more unique and rare than Furyhorn however, as it was awarded to players that finished in Gold or higher in TFT’s set 1, which is the equivalent of Season 1 ranked in League of Legends. As time goes on, Victorious Silverwing has the potential to become the rarest Little Legend in the game, but visually, it’s only exclusive enough to take the #4 spot. 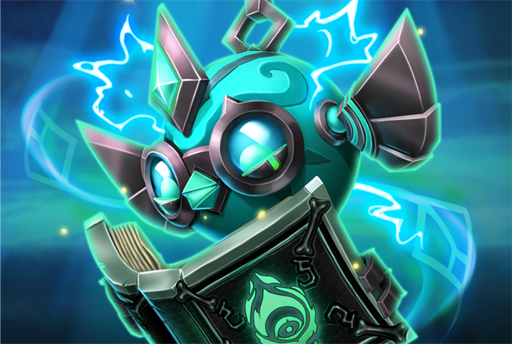 We enter the top 3 with one of the most unique Little Legends to date, that being Black Mist Tocker. Tocker itself is a very cute bird that loves reading books, tinkering, and getting to know his surroundings better. Black Mist Tocker, however, is a corrupted version of the lovely bird that lives in the Runeterra’s Shadow Isles, which is a cursed land filled with undead creatures and monsters. Black Mist Tocker is one of the most interesting combinations of cute and spooky, and that is enough to propel him to the top of our list. 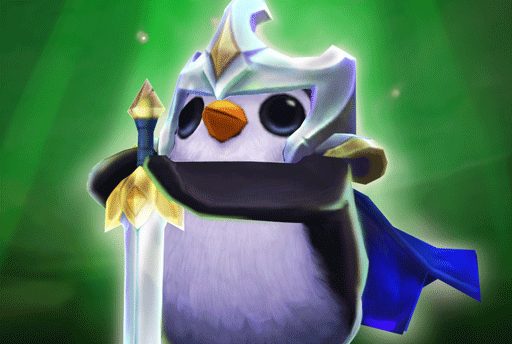 If we were making this list a couple of months ago, Pengu Featherknight would’ve undoubtedly taken the #1 spot. This Little Legend is basically the game’s leading avatar as it’s on every piece of Riot’s promotional material. The penguin became the face of TFT in this past year and his dabbing dance became a massive meme in the game’s community. You simply can’t go wrong when you choose Pengu Featherknight, as its legacy and visual superiority make him an unprecedented Little Legend. 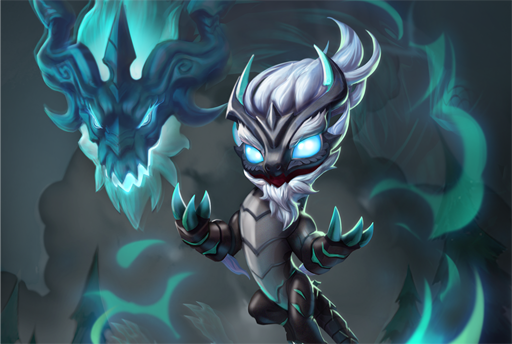 Our #1 spot would usually be reserved for Pengu Featherknight, but on September 8, 2020, Riot released the most iconic Little Legend to date. We’re talking about Ao Shin, which is a canceled champion from League of Legends. Ao Shin was a champion that Riot designed back in 2013, with an intent to create a powerful celestial dragon that will rule the Summoner’s Rift. Eventually, they scraped the design and decided to cancel the champion, only to release it in 2016 as Aurelion Sol, a champion that heavily resembled Ao Shin in its concept and visual design. The release of TFT’s Little Legend Ao Shin is the first time in years that Riot publicly affiliated themselves with their formerly canceled champion and it’s a piece of history. Legacy aside, Elder Ao Shin as a Little Legend is visually unparalleled by any other avatar, as it’s Shadow Isles inspired design will instill fear in any opponent you face.