Every Wild Rift player eventually gets on a tough loss streak in ranked, seeking a new strategy/champion he could play. Since there are over 60 champions in WR at the time of writing, there are numerous possibilities and options that you can try out on the Rift and find success with. However, due to their kit and skill ceiling, some champions are naturally more difficult than others and require those long hours of practice but are more rewarding if you’re willing to put the work in. If you play hundreds of games with these champions, you’ll certainly find more success in ranked and become a better player overall. We've already talked about the 5 best champions for beginners, but in this article, we’ll focus on the 5 best champions to main and put hundreds of hours in, one for each respective role.

Our first entry is the sword-wielding baron lane mistress that loves to dash and slash around the map. Riven is the ultimate one-on-one outplay merchant that does very well even when outnumbered and ganked, due to her in-built AoE damage.

Riven is one of, if not the most mobile champion in the game, due to the fact that she has 4 dashes on her basic abilities that have fairly low cooldown. She has almost infinite outplay potential as she can swoop in and out of fights while dealing immense physical damage to her opponents. Riven is fairly versatile and can play passively should the need arise because of her shield. However, when the time comes and the enemy champion makes the wrong move, Riven can burst her opponent with her devastating ultimate mixed with her basic abilities.

Sadly, Riven is not a champion that you can pick up for the first time and excel, as she requires a lot of practice and is one of the most mechanically complex champions that the game has to offer. To put things into perspective, her third Q charge can jump over certain walls in certain spots, and if you want to become a Riven master, you have to learn peculiar mechanics such as that as well. That being said, if you do put in the work, this champion will surely reward you with some incredible outplays and abundance of LP. 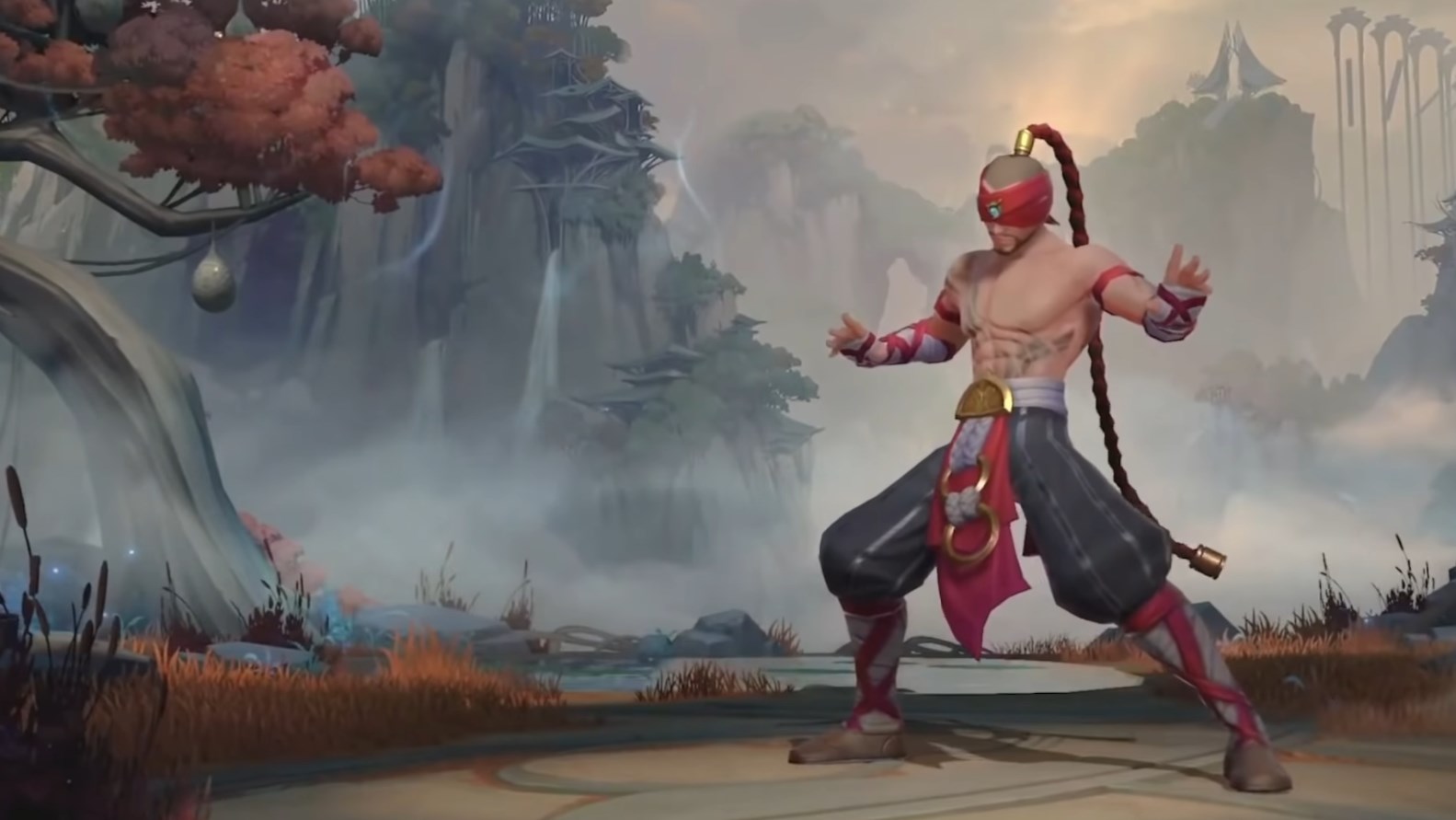 Our jungle spot is taken by one of the most skill-intense champions in the game which is Lee Sin. The Blind Monk is an aggressive early game jungle skirmisher that controls the flow of the game by his ganking and putting pressure on the opposing jungler. Lee Sin is a champion that simply never goes out of meta in the jungle, and occasionally sees play in the mid/baron lane as well.

His kit provides countless possibilities when it comes to outplaying your opponents because of his ultimate ability that can potentially kick the enemy carry into your team, allowing you to execute the biggest threat. He is extremely difficult to master and play at a high level, due to his usefulness depending on how good you can use your R in teamfights, which you can combine with both your second ability and flash. Additionally, his main damage source and gank tool is a thin skillshot which adds another layer of skill expression.

The benefit of maining Lee Sin is that you’ll learn how to play jungle and improve your macro overall while being able to play one of the most useful champions that never goes out of meta. If you’re a good Lee Sin, you’ll be able to do flashy plays all of the time which will surely impress both your teammates and opponents on the Rift. 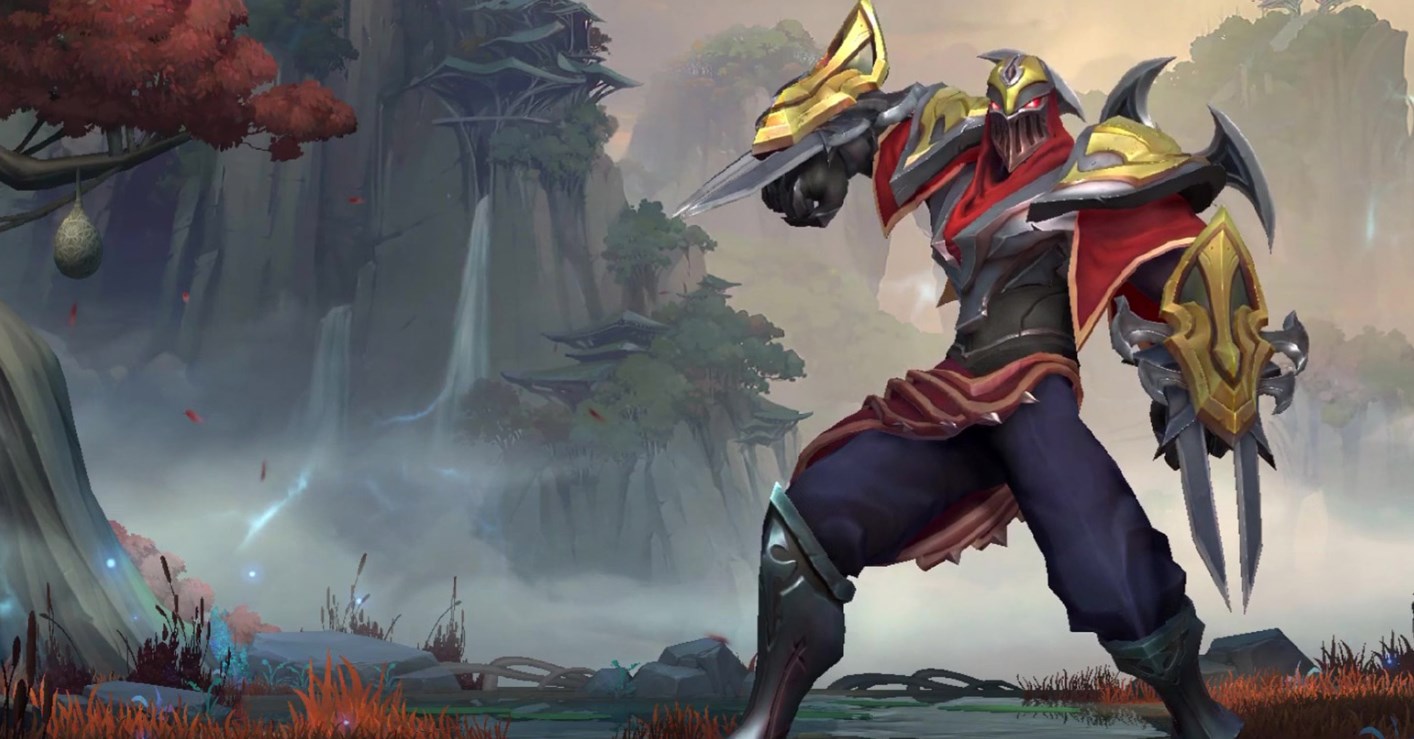 Our mid lane pick is another extremely flashy champion with a lot of outplay potential if you learn how to play him properly which is Zed. He is a mid lane assassin that preys on squishy targets and oneshots them in a blink of an eye. Zed’s most natural position is in the mid lane, but players also found success playing him in the baron lane as well.

When it comes to Zed’s abilities, they revolve around outplaying opponents with his shadow that spawns on his second ability as well as his ult. The shadows Zed creates mimic his abilities which makes Zed a difficult champion to play as you need to aim to hit skillshots from multiple directions. Overall, his solo kill potential and 1v1 prowess once he hits level 5 and unlocks his ultimate is unparalleled.

Maining Zed and putting in long hours of work will make you a solo queue menace, capable of carrying almost every game you enter. If you’re playing against a champion that does not have a lot of defensive abilities, you’re very likely to wipe them out every time you have your ultimate up. Furthermore, Zed is incredibly useful if you’re playing against a fed ADC as his kit naturally allows him to jump on an immobile target and dish out tons of damage. Last but not least, one of the most important advantages of playing Zed is how cool you’ll look compared to every other champion on the Rift. Zed’s champion design stands out in terms of looks and abilities and he’s undoubtedly one of the coolest and flashiest champions in the game. 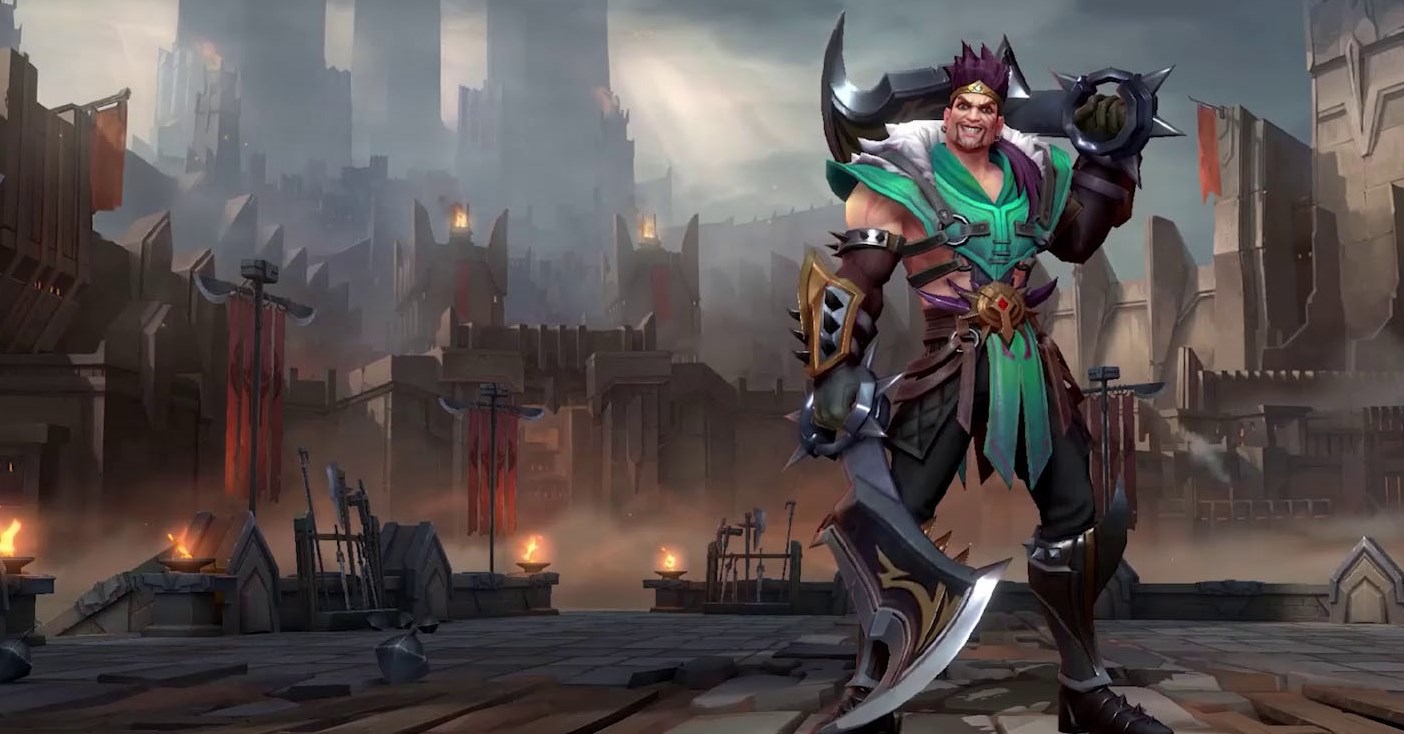 Moving on, we’ll talk about the bot lane powerhouse which is Draven. In a sea of immobile ADCs that get oneshot and feel underpowered, Draven comes out on top with his incredible damage output and lane harassment. He is perfect for aggressive ad-carry players that love to take matters into their own hands and dominate the lane from the first minute, abusing any champion that dares to come up and last-hit the minions.

Draven’s power lies in his first ability which is the spinning axe, an auto-attack steroid that increases his next basic attack damage significantly. His passive provides him gold every time he kills an opponent, which is ideal for a champion that embraces bloodshed and snowballs quite easily.

Draven’s skill ceiling significantly rises because of the axes he throws, as he needs to consistently fetch them while simultaneously fighting the enemies. Doing that for a long period of time can be a difficult task, and catching or dropping an axe you throw can singlehandedly decide how a teamfight pans out in the end. That being said, if you put a lot of effort into learning Draven, you’ll be able to play one of the most exciting and powerful ADCs that can easily solo carry no matter the circumstances. 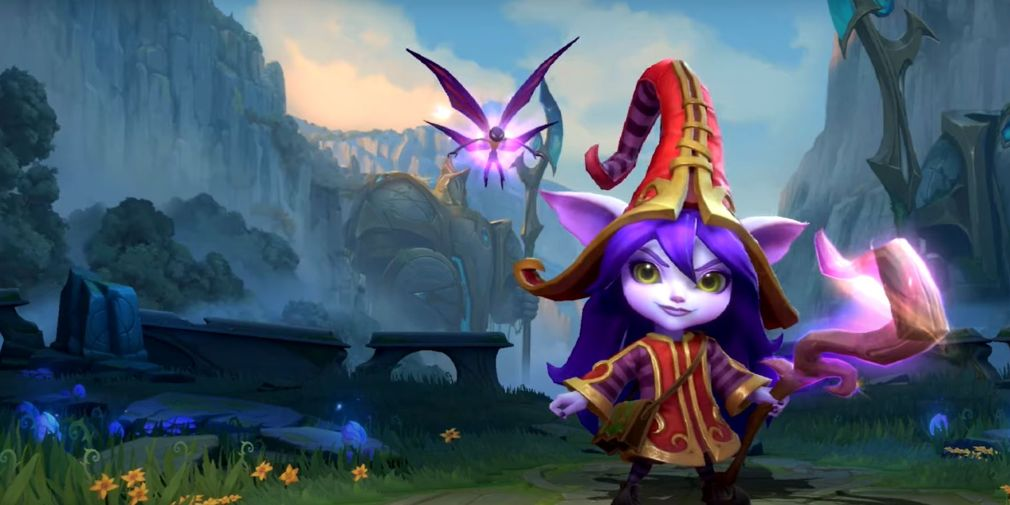 The last champion is cute, tiny, and not is nearly as flashy or cool as our previous entries on the list. However, her power lies in the fact that she can make enemies just as cute and tiny as she is. We’re, of course, talking about the yordle sorceress Lulu. She is an enchantress support that is very versatile, but works best with basic-attack-oriented hyper carries that she can speed up, protect, and buff.

Her versatility lies in her polymorph ability which is the ultimate f-you tool to any powerful carry champion that gets fed on the enemy team. By a simple tap, you’ll eradicate any threat for a short period of time and turn them into a harmless squirrel, no matter how fed or unbeatable they were. Additionally, her first ability is a solid harass tool while her third ability and ultimate provide more than enough protection as a support for your teammates.

If you end up struggling with some of these champions and declining in rank, let us give you a little push with our Wild Rift boosting services.