Beginner's guide to the item and courier system in Dota 2

Dota 2 differentiates from other MOBAs in many aspects, not just heroes, but most notably because of the large number of its unique mechanics. However, Dota does share the similarity with other MOBAs in the fact that it has a defined item shop where the players buy items for their heroes in order to increase their power level . That being said, Dota still takes the cake as the game with the most complicated shop system, as they have a secret shop and a courier. Having a proper itemization and building the items for your hero better will almost always guarantee a boost to your ranking in the ladder.

If you’re a new Dota player who’s unfamiliar with the game’s shop system, items, and couriers, worry not, as we’ll tell you everything you need to know about it.

Shop and items in Dota 2

The shop in Dota 2 is the place where you can buy items for your hero to increase his stats and power. It’s located next to each team’s ancient and it can be accessed while standing in the close proximity of the shop, allowing you to purchase the items. Once you open the shop, simply right-click on the item you want to purchase and it will be placed in your inventory, buffing your hero as a result. Last but not least your hero has 6 item slots which means that he can put up to 6 items at a time in his inventory.

The items in Dota2 are essential to your Hero’s progress and its power. To put things into perspective, in most instances, a hero with 6 items will kill a hero with 3 items if they’re fighting, simply because the raw stats of the hero with more items outweigh any other factor.

In Dota, there are 3 types of attributes for heroes:

Because of that, the main purpose of the items in the game is to buff those attributes and increase their stats. You need to be aware of the attribute of your champion and buy the appropriate items so you don’t waste your gold on something your don’t need.

In the early game, you’ll want to purchase some health regen items such as Tango or a Healing Salve, as they’ll allow you to stay in lane longer and get more gold by farming. As you approach the mid-game and when you rack up a fair amount of gold, you’ll be able to buy upgraded items that increase the primary ability of your hero. 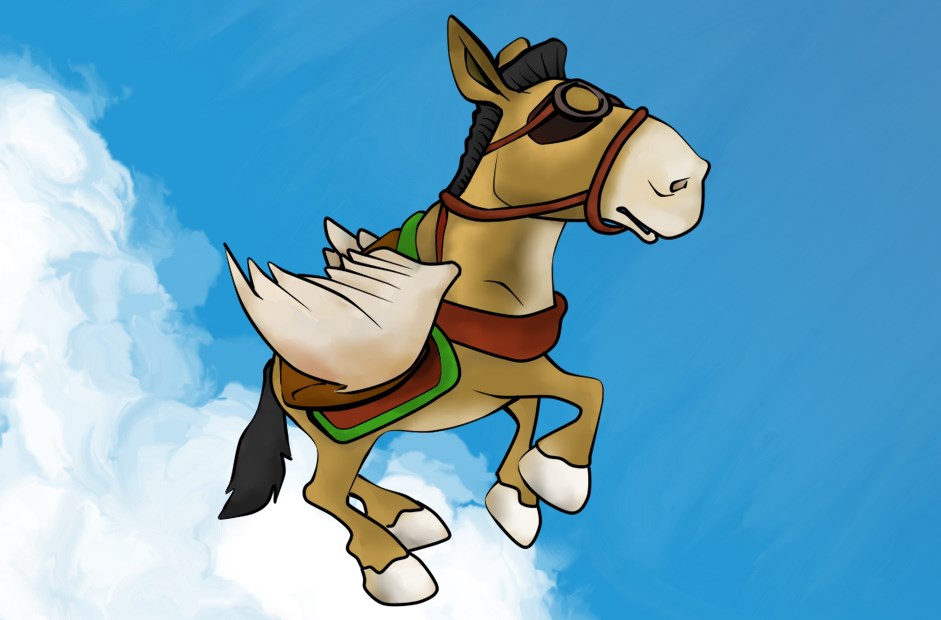 Dota found another way to make things more complex and interesting than other MOBAs by adding the courier to the game. The courier is a purchasable unit from the shop whose purpose is to deliver items from shops to heroes in the game, so they don’t have to make the trip to shops every time they want to buy items.

Every team needs a courier and buying one is usually the duty of support, as supports buy couriers and wards at the beginning of each game. After the third minute in-game, the flying courier becomes purchasable which is faster than the regular one. Couriers are controllable by every teammate on the map just like you’d control the hero your playing. They can die in combat and they have no offensive stats which means you’ll have to be very careful when navigating these couriers through enemy territory.

Couriers have a set of hotkeys worth learning:

W - Go to the secret shop on the map

E - Return the items to the stash

D - The courier gains a burst of speed

F - Transfer the items to the hero

At the beginning of the game, make sure to keep your couriers near shops where you can access them easily. Additionally, meet them halfway in the lane sometimes as other heroes will try to catch your courier in an inopportune situation and kill him. That will set your team behind in gold and tempo as well. As time goes on and towers get destroyed in the game, couriers will become more exposed to enemy heroes so you’ll have to keep them safe at all costs.

The last thing we’ll cover in this article revolves around the second shop that both teams have access to which is the secret shop. The secret shop is located in the jungle, between Mid lane and Hard lane for both Dire and Radiant, and it can be accessed on foot or via courier. Unlike the regular shop that is available to both teams next to their Ancients, the secret shop sells unique items and components which are essential to building unique upgraded items. As far as using the secret shop goes, there is a high chance that your hero will require a few items that can be only purchased from here. 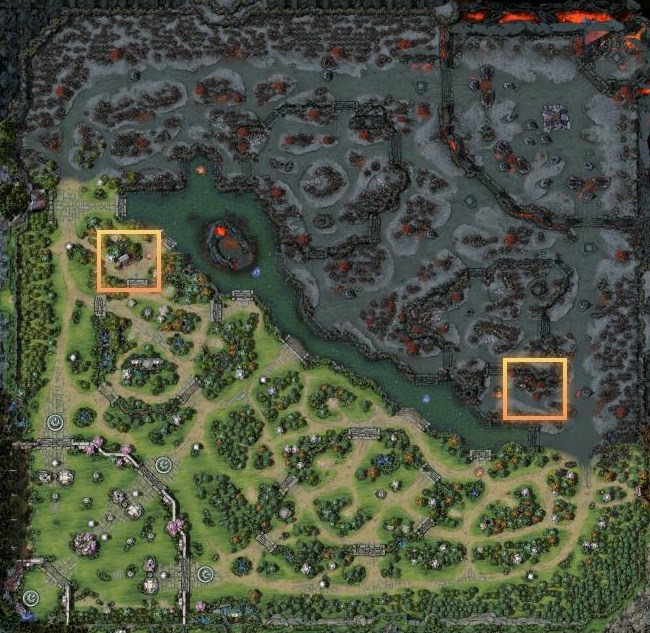 The location of secret shops for Dire and Radiant