How to CS and deny CS in Dota 2

Objectively, Dota has a much steeper learning curve than other MOBAs out there. Smite, League of Legends, and HotS are just some of the games that are easier to get into than Dota because of the numerous unique mechanics that exist in the game. If you’re someone who just started playing Dota and is struggling to grasp all of the complex mechanics, you’re in the right place as we’ll explain one of them, CSing and CS denying, those 2 concepts are important and they even become more important by the type of heroes you are playing as some need more gold and some need less.

To understand how CS denying works, we must first understand how basic farming works. Farming a creep means that you’ve dealt the killing blow to a low HP creep, gaining gold and XP as a reward. By doing that, you also increase your CS (creep score), which is a number that indicates how many creeps you’ve killed thus far. This mechanic is one of the most basic mechanics of almost every MOBA out there, and its importance can’t be understated in Dota. In general, the majority of your gold will be gained by killing creeps throughout the game.

In every Dota game you play, the creeps will start fighting each other in every lane. There are two types of creeps, melee and ranged. The melee creeps have more HP and deal less damage while the ranged creeps deal more damage whilst being more squishy. To start CSing effectively, you have to know how much damage your hero deals with his right clicks. 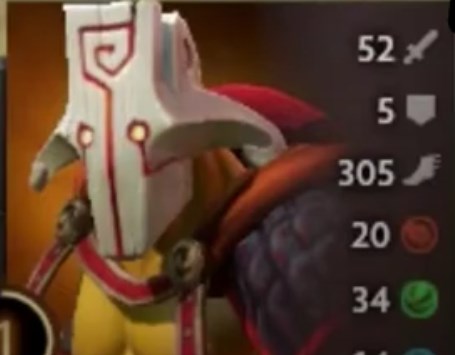 In this example, Juggernaut deals 52 damage to creeps per hit on Level 1. You have to keep in mind that this number varies based on your base damage and primary attribute that are unique for every hero in the game. Additionally, you have to take into account that melee creeps have a small amount of armor which makes them take less physical damage as a result. It’s best to see how much damage your basic attacks do after you actually hit a creep, as a small white number will appear to show you that.

How to CS effectively

If you want to CS effectively and consistently, you should always attack minions that have less HP than your right-click damage. For example, if you consistently deal 45 damage to a creep, try to attack him when he has 40 HP or less to avoid luck screwing you over.

Another great practice is to get used to your hero’s right-click animation and how it interacts with creeps. Every hero has a unique basic attack animation, some slower than others, which sometimes makes it difficult to predict how fast the attack goes through. Generally, standing next to creeps makes this a lot easier. After you get familiar with the champion, you’ll get used to its attacks and how fast they fly.

Furthermore, CSing under the tower is something you’ll have to get used to. If the wave pushes into you, naturally it will eventually reach your tower and the tower will start attacking the creeps. In order to get the last hit in those conditions, you’ll have to prepare the creeps for a killing blow before they get killed by the tower.

This type of preparation is only required in the early game until you gain enough items and damage.

Note that you can also use abilities to last hit creeps. Always use abilities that don’t have high mana costs and don’t push the wave too far to secure tough last hits.

Last but not least, keep in mind that farming is extremely difficult for a beginner and that you’ll get better at it over time by practicing.

CS denying is almost as important as CSing in Dota in many regards. As we could conclude from the last paragraph, CSing is crucial to getting gold and XP in the game. Therefore, CS denying is just as important, as you’re denying your opponent the creeps and the useful resources he would get by killing them. CS denying is an act of killing a low HP creep on your own team so your opponent cannot benefit from killing it.  Having a good vision control is necessary to be able to deny as much CS as possible from your enemies.

In general, CS denying is more difficult than basic farming for a couple of reasons. First and foremost, you’re only allowed to attack the creeps on your team once they have 50% HP or less. Additionally, you cannot target allied creeps with any abilities, which makes it harder for you to last hit them successfully. By default, your hero won’t attack the allied creeps unless you issue a special command, which is the A + left-click combination. All these factors make CS denying somewhat more difficult than regular CSing, especially for a beginner, but by practicing this skill in every match you enter, you’ll eventually improve enough to deny your opponent’s CS without even thinking about it, which is the level our Dota 2 boosters are too comfortable at.