Guide to vision and warding in Dota 2

Knowing your opponent’s next move is essential to every MOBA, or any strategy game in general. In some strategy games, such as Chess, that knowledge is based on predicting and analyzing the opponent’s moves. Dota 2 works similarly, as you can analyze the map and make vital team decisions and rotations, depending on the opposing team’s movements. In order to know the opponent’s movements at all times, giving yourself the tactical advantage, you have to maintain your vision properly. That’s what wards are used for in Dota, and in this article, we’ll tell you everything you need to know about wards and how you can use them effectively to win more games, and abuse the vision like we do when we are performing our dota 2 boosting services.

The key to understanding how vision works in Dota is to focus on the minimap. The minimap in each game represents what your team can currently see in terms of units, heroes, and structures on the map. Each allied unit has a small radius around them in which they can see any other neutral or opposing unit they come across. Additionally, every allied unit “shares” the vision with each other, which means that you can see everything that any allied unit on your team sees and vice versa, which allows you to go for many plays such as csing, denying enemies cs, or even straight up killing them.

When you start each game, everything except the areas near allied heroes and structures is covered by the “Fog of War”. That is the term used to describe everything that is currently invisible to both you and your allies. Your goal is to minimize the size of the fog of war and see as much as possible at all times to control the game effectively. By having vision of your opponents, you’ll be able to predict their movements and act accordingly, which is why it is so crucial to any team’s success.

The terrain is also a massive factor when it comes to vision. For example, trees create a vision block, and in some areas in the jungle, it’s very difficult to see heroes that are hiding in between them. Furthermore, vision in Dota is heavily based on the high ground and low ground mechanics. That means that heroes that are standing on terrain which is lower in height have reduced vision in comparison to heroes that are standing on top of a cliff. Naturally, heroes will have to manually climb up a hill or a high ground on foot, unless they use an item such as the Blink dagger. Last but not least, while you’re standing in the low ground and attacking a unit that’s above you, there is a 25% chance that your attack will miss the target completely.

If you don’t want your vision to be hindered by the day/night cycle and the terrain in Dota 2, there is a solution.

The main source of vision in Dota is provided by wards. Wards are purchasable items that can be dropped on the ground, providing vision in the nearby area. There are two types of wards in Dota 2 :

The Observer ward is a unit that provides vision in a 1400 radius. Think of it as another allied teammate which is just standing in a place and checking the surrounding area. It lasts for 6 minutes after it’s placed unless destroyed. Observer wards are inherently invisible and can only be destroyed after they get spotted by an opposing Sentry ward, opposing hero’s item, or a spell. They are especially useful during the night cycle because their vision radius does not reduce and they help you avoid any unexpected skirmishes. As far as numbers go, each team starts with 2 Observer wards and they can only have 4 stored wards at a time, each replenishing after 135 seconds.

Unlike the Observer ward, the Sentry ward does not provide vision, but rather detects the opponents’ Observer wards, making them visible and eligible for destruction. Additionally, Sentry wards also spot out pesky invisible heroes and units which they come across. Each team starts with 4 wards, maxing out on 10 Sentry wards that can be stored at once, each refilling after 85 seconds. 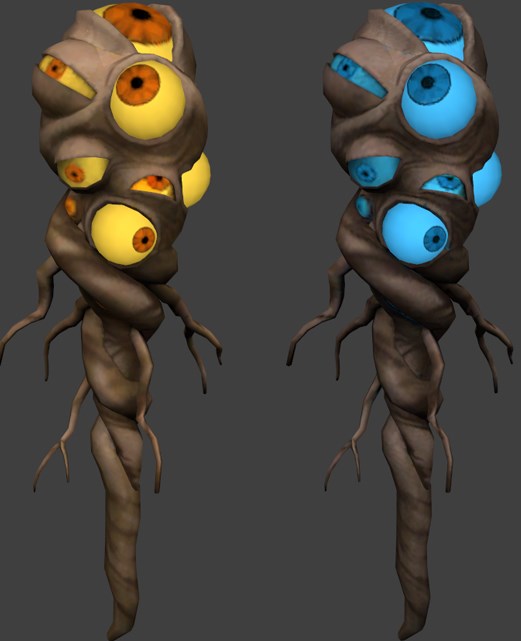 The importance of wards in Dota cannot be understated, as they provide the crucial intel to your team. Knowing where your opponents are is just as important as getting gold and XP, which is why you should always buy wards, even if you’re itching to buy an item. For example, you should never let your Observer ward stock hit 4 because it means that you have wards sitting in your inventory, doing nothing at all. Keep in mind that wards are only useful after you place them on the map.

How to place wards effectively

Ward placement is a skill that takes time to learn in Dota. Overall, your ward placement will heavily depend on how the game is going and which team is having the upper hand. If you’re on the team that’s currently ahead, you’ll want to place deep wards in the enemy jungle and make aggressive plays. On the other hand, if you’re losing, you’ll naturally want to place defensive wards in your jungle so you can prevent your team falling behind even further. Generally, warding in the Fog of War, where you expect your opponents to make a move is always a great idea, as it gives you more time to react accordingly. Neutral rune spots, the Roshan pit, and enemy shrines are also worth warding as the enemy heroes are likely to traverse those areas. While the act of warding is highly situational and varies each game, the map below will help you with some good ward spots in general. 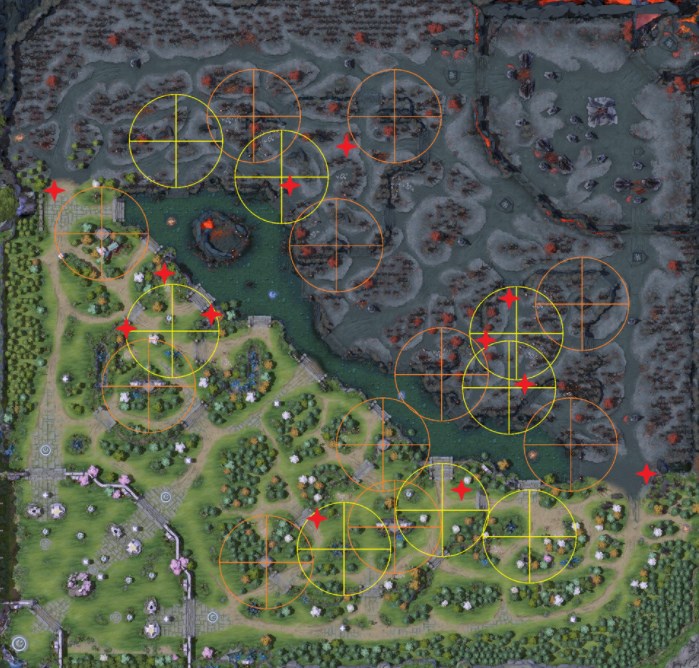