Why is Valorant boosting so expensive?

As Valorant’s ranked play continues to develop over time, more and more players are gravitating towards boosting as they fail to reach their desired ranks. These players then visit one of many boosting sites that offer Valorant services to check the price of the boost they’re ordering. More often than not, customers are bewildered by the prices of these boosts, as they can often exceed the $100 range, sometimes even pushing up to $1000, depending on the size of the boost. These prices may come off as a surprise to someone who hasn’t been boosted before and doesn’t know how prices of boosting function on the market. That’s why we’ve prepared an article in which we’ll analyze why boosting is so expensive and what drives these prices to such astronomical heights. 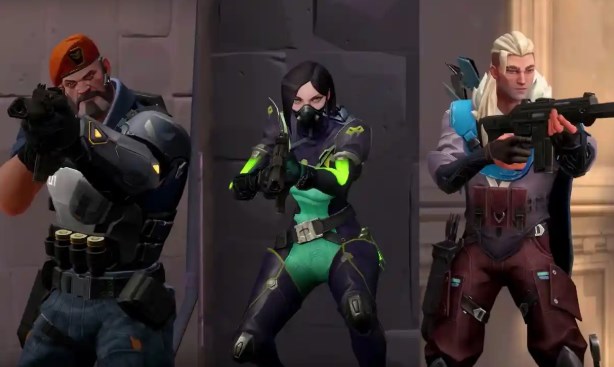 This one should come off as no surprise to anyone as boosters are the ones who are doing most of the work. In general, boosters receive anywhere from 30%-70% of the money you pay to a boosting website, meaning that a large chunk of money goes directly into their pockets. That percentage depends on the booster’s reputation and notoriety in the community as well-known boosters attract more customers, demanding a higher pay-cut as a result. In general, boosting websites only recruit Crème de la Crème boosters that are best in what they do. For a newly-formed game like Valorant, there is a high demand for highly-skilled players who can get the job done in the shortest amount of time possible. That being said, these players work anywhere from 6-10 hours, depending on the traffic that day, which means they function as a full-time employee of the website in some instances. It’s also worth mentioning that these boosting websites handpick boosters that are friendly and polite to both the customers and the players they’re playing with, as well as being able to appear offline. It’s in the interest of the website to have likable boosters as they generate more returning customers. Overall, choosing the right boosters is a process for some of these websites and picking the right booster can be just as complex as picking the right person to work in your company. As a result, these boosters demand a decent salary for their services which drives up the price of the boost you’re ordering. Last but not least, some of these players have the potential to become involved with Valorant’s esport scene in the long run, once the game grows large enough. Boosting breaks Riot’s terms of service and these players are gambling with their future as professional players by boosting your account, which is something worth taking into account.

In the following section, we’ll list some of the things you’re paying your booster for:

This category needs is pretty self-explanatory. The bigger the boost, the bigger the price. It’s obvious that the price of your boost varies as a boost from Iron I to II will cost much less than a boost from Silver I to Platinum III. That being said, it’s important to understand that the boost’s price can also rise depending on the quality of the rank you’re being boosted into. For example, perhaps you’ve already visited a Valorant boosting site and calculated how much it would cost to get boosted from Iron to Radiant. Chances are, you’ve seen a 4-digit price tag and you were shocked, thinking that these websites are a total ripoff. You couldn’t be more wrong there. In Valorant, if you’re looking to get to the highest ranks on the ladder, you’ll need to be boosted by some of the best players in the world. Their time and skill come with a hefty price and these websites often have a hard time finding the best players, often competing with other boosting organizations for their services. To put things into perspective, if you’re looking to get boosted into Immortal/Radiant, any booster that plays on your account will have to play on their maximum level, as they’ll be playing against very skilled players. All in all, these boosts can be time-draining and difficult, and only top-notch players will be able to complete them, increasing the price of their work significantly

Moving on, we’ll discuss a factor driving up the price that often gets overlooked by the customer, and that’s the overall cost of the website that provides the service. In general, when you’re paying for a boost, the last thing that you think of is how much money that boosting website spends on its staff and maintenance. Generally, you shouldn’t overlook the importance of the website as the middle man in the relationship as they provide both you and the booster with a lot of benefits. Firstly, they connect the top boosters with the customers that want their services. It’s much easier for both parties to connect with each other by a platform that sets up the entire boost. Furthermore, it’s mutually beneficial that the customer pays through a website that accepts PayPal or other forms of safe payment. That type of payment ensures there’s no sketchy business and the customer won’t have a fear of getting scammed. Boosting sites also ensure account safety as they use various forms of VPN protection. Last but not least, it’s important to understand that boosting sites, in a way, function as proper companies. These organizations have functional support teams and staff that require regular wages, no matter the amount of traffic they receive. With all of that in mind, the pay-cut that the website takes is completely reasonable, as they are a key figure in the booster-customer relationship