For any player that is launching the game for the first time, after learning the basic mechanics of the game, picking the right car can prove to be a difficult task. This can be a tough choice for veterans as well, especially as some players play with only one or two cars they are truly comfortable with, often refusing to try anything else. Currently, there are 75 cars in Rocket League, with each and every one of them being completely different, both visually and gameplay-wise. If you’re someone who’s struggling to make this choice or even struggling to improve at the game to get to a higher rank, worry not, as we’ve created the list of Rocket League’s top 10 best cars & we also provide the best rank boosting for Rocket League.

Undoubtedly of Rocket League’s most underrated cars, Marauder is a solid choice for anyone looking to play a more defensive game, due to the car’s large cube-shaped hitbox and natural bulkiness. Marauder is a great utility car that excels in performing defensive duties on the pitch and saving the goal. Both visually and gameplay-wise, the Marauder draws comparisons to both Merc and Fennec because of the car’s shape and size. Overall, if you’re looking to help your team out by performing defensive duties or even straight-up playing a goalie, the Marauder is a perfect choice. 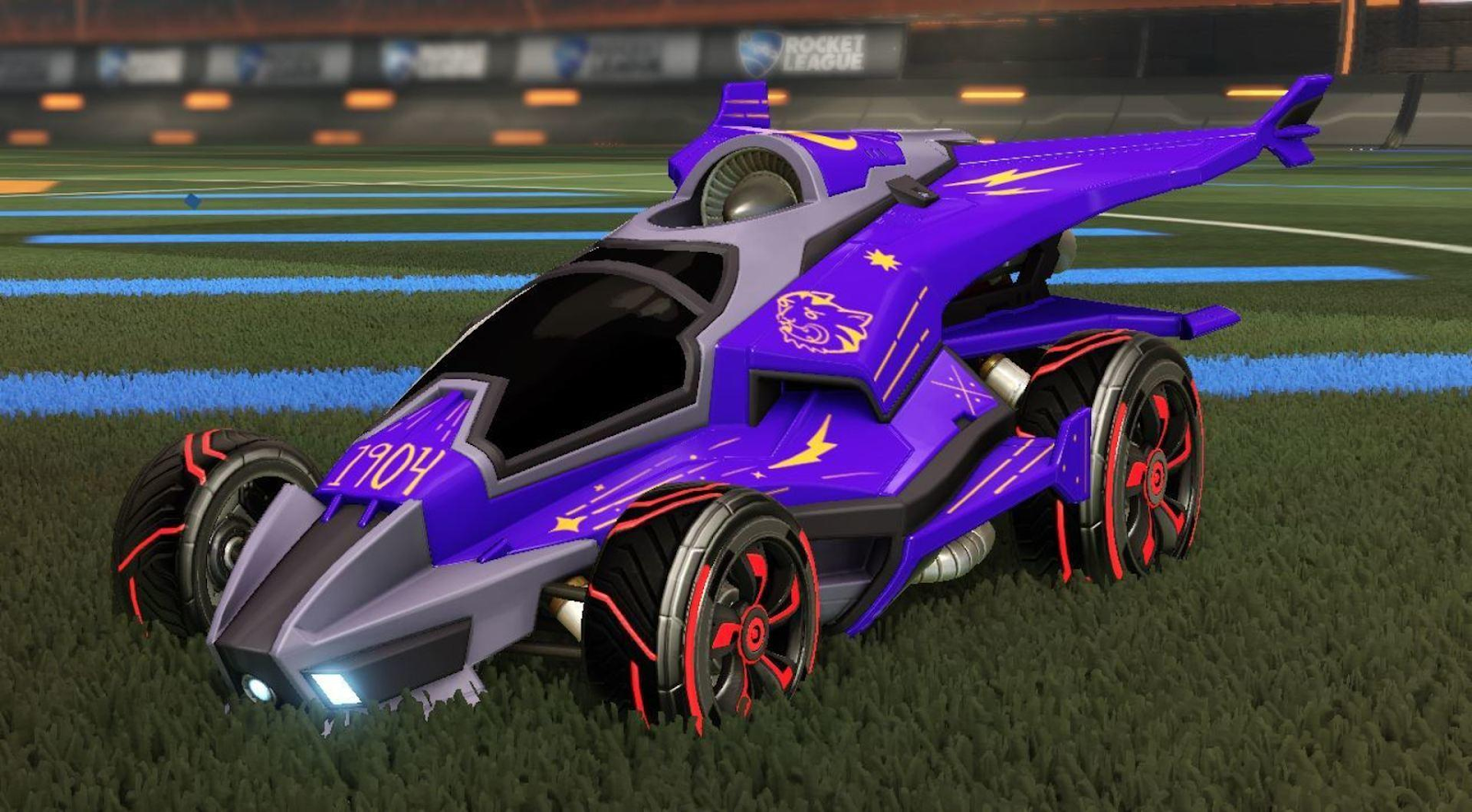 If you’re looking to play a car that is faster than a bullet, look no further than the Aftershock. The car is unmatched in terms of speed and boost stats, being one of the most potent offensive vehicles in the game. Furthermore, Aftershock excels in the handling department as well, boasting one of the deadliest and swiftest strong turns in the game. Unfortunately, the Aftershock has a steep learning curve due to its tiny hitbox which means you’ll have to put in hours of work to get used to the way in which the car interacts with the ball. However, if you can get past that, you’re going to have a lot of fun zooming on the field with this rocket-looking vehicle. 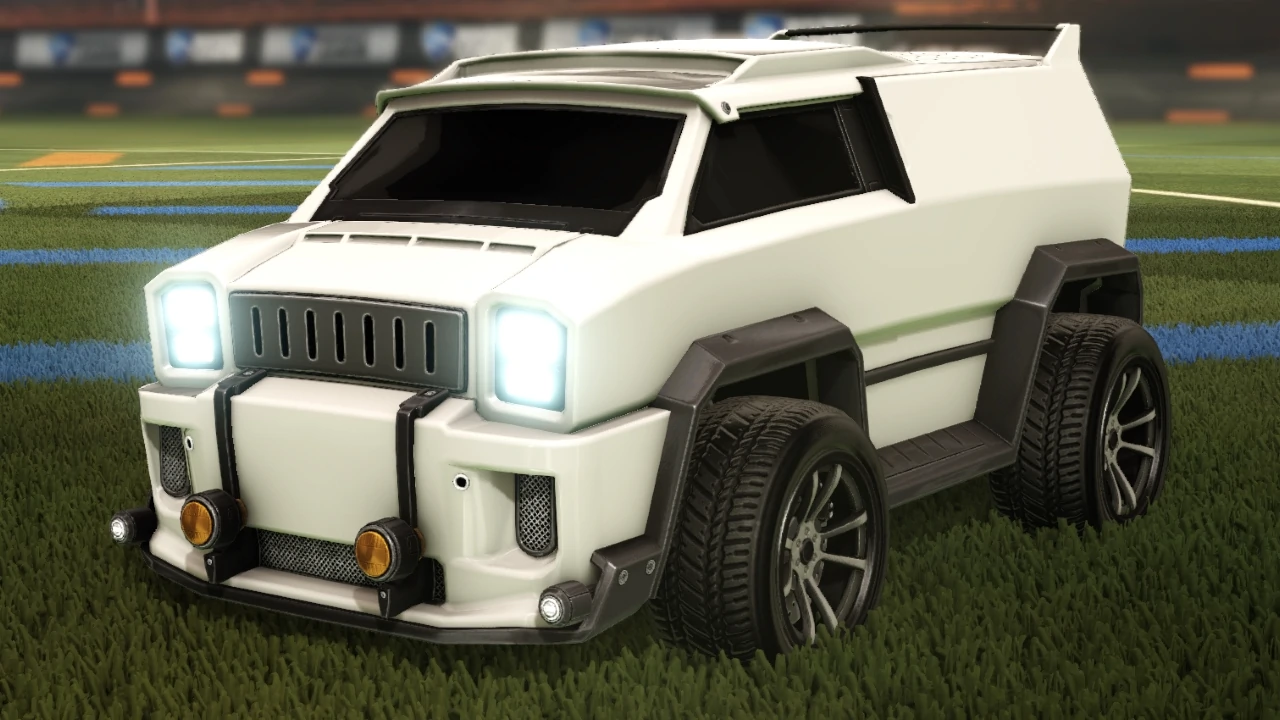 It is a bit of a hot take to put Merc ahead of the Marauder given that they fill the same role in-game, but if you’re looking for a defensive powerhouse there is no better choice than the good-old Merc. While the car lacks in speed due to its immense size, the Merc makes up for it by providing a huge body in front of your goal and being able to blast through opponents like no other car in the game. Even though Merc’s hitbox got nerfed in the past, he remains a stellar pick for anyone looking to play a slower playstyle with a bulky, hard-hitting vehicle. 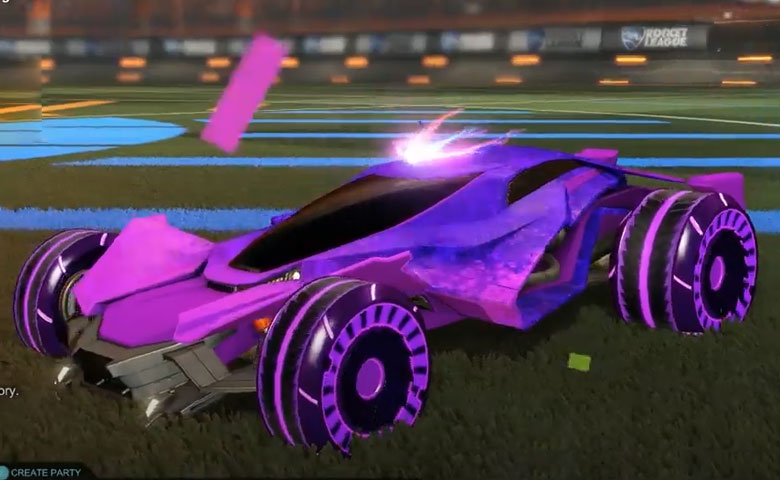 Living up to its name fully, Mantis is one of the most agile and swift cars in the Rocket League, having some of the best boosting and turning stats in the game. This car falls under the plank body type category due to it being fairly short and because of that, it struggles in aerial duels. However, that doesn’t stop this car from excelling in dribbling, flicking, and controlling the ball at ground level, because of the car’s lengthy model. All in all, if your gameplay revolves around dribbling and outplaying your opponents on the ground, the Mantis is certainly a great pick for you. 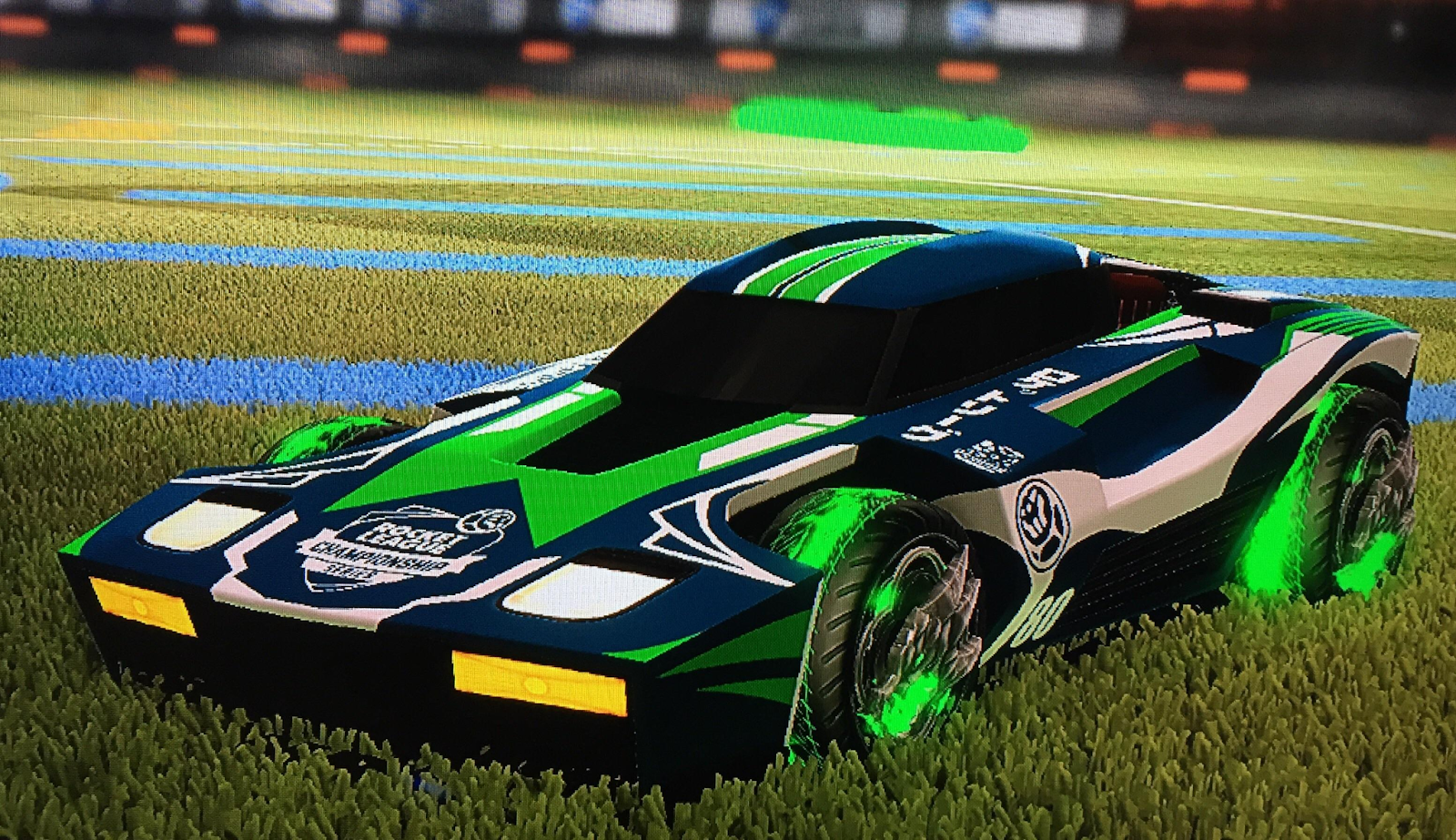 This car is one of Rocket League’s most iconic ones, being one of three vehicles that are free-to-play from the beginning. Breakout is the longest car in the game and its ground-level ball control and overall speed is unmatched by almost any other vehicle in the game. Additionally, the car’s long design can be extremely useful when defending your goal and blocking shots. There is a reason why Breakout remained one of the most used cars over the years, both competitively and casually, and the answer lies in the car’s reliability and potency in the game’s many areas. Putting some time and effort into learning how to play Breakout will make you a much better Rocket League player overall, as the car’s balanced stats make for a great choice for anyone starting to play the game.

The Rocket League equivalent of Neymar, Takumi is Rocket League’s premier car when it comes to dribbling. Given its size, Takumi has a very potent turn making it a dribbling machine on the pitch and playing the car, you’re bound to make some incredible 1v2 and 1v3 outplays. The car feels very smooth and easy to maneuver, resulting in better control over the ball compared to your opposition. That being said, the car does have the smallest hitbox in the game and is a bit of defensive frailty at times. If you can get past that, however, you’re certainly going to have a lot of fun making your opponents look like clowns while you’re dribbling past them and scoring the winning goal.

The majority of the player base was surprised when they found out that Bruce Wayne’s own Batmobile will be added into the game. This iconic car became a fan favorite overnight, with a lot of players testing and enjoying the car’s lengthy model and unique playstyle. While the Batmobile falls into the plank category of Rocket League cars, its wide low shape makes it unique in many aspects. For one, the car is simply unmatched in terms of aerial duels and turning, with its wide body allowing for a very long reach. The car’s model also allows for a lot of swiftness and ball control when dribbling. Altogether, if you’re looking for a premier plank-type Rocket League car, look no further than the Batmobile. 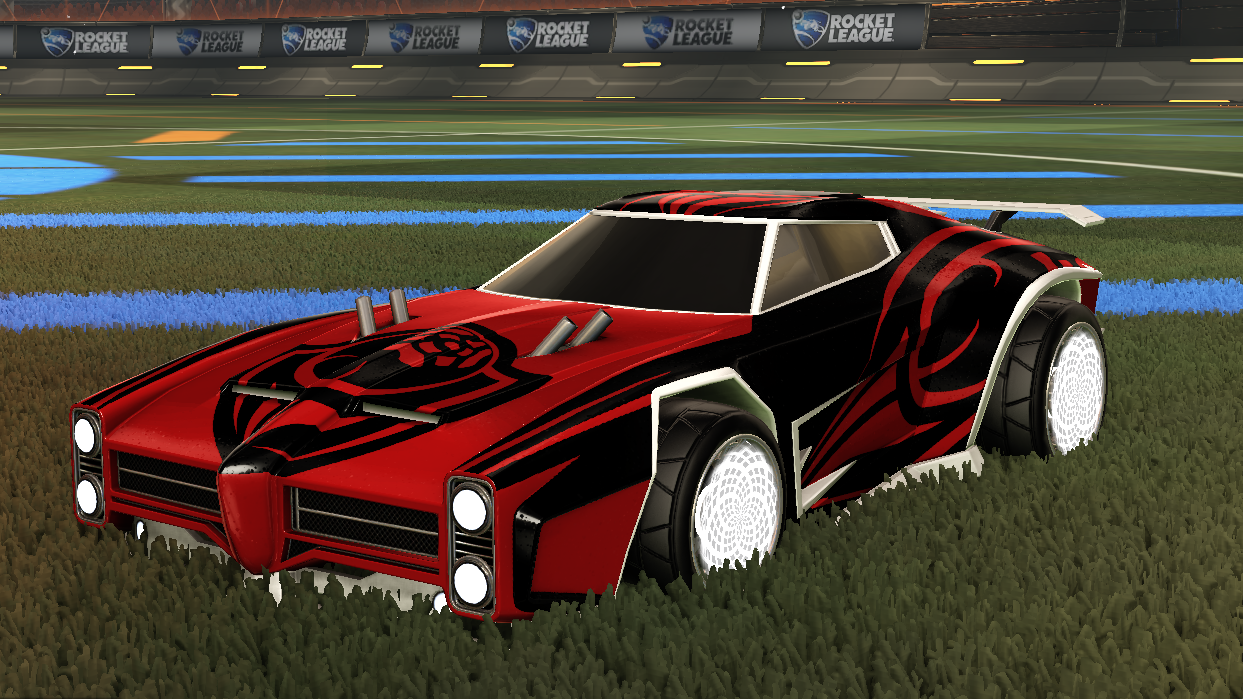 Opening our top 3 is one of Rocket League’s most popular cars to date, Dominus. This vehicle comes unlocked when you start the game and its advantages lie in the car’s clean, precise, and powerful shots. The Dominus’ flat, long body enables the car to be a potent threat in the air while maintaining a strong presence on the ground whether the need for dribbling should arise. Just like its name suggests, the Dominus truly is a dominant force to be reckoned with, as the car has no glaring disadvantages apart from being slightly inferior defensively, due to the car’s smaller height. All in all, Dominus is a jack of all trades that should be on your radar if you’re looking to try a new car in the Rocket League. 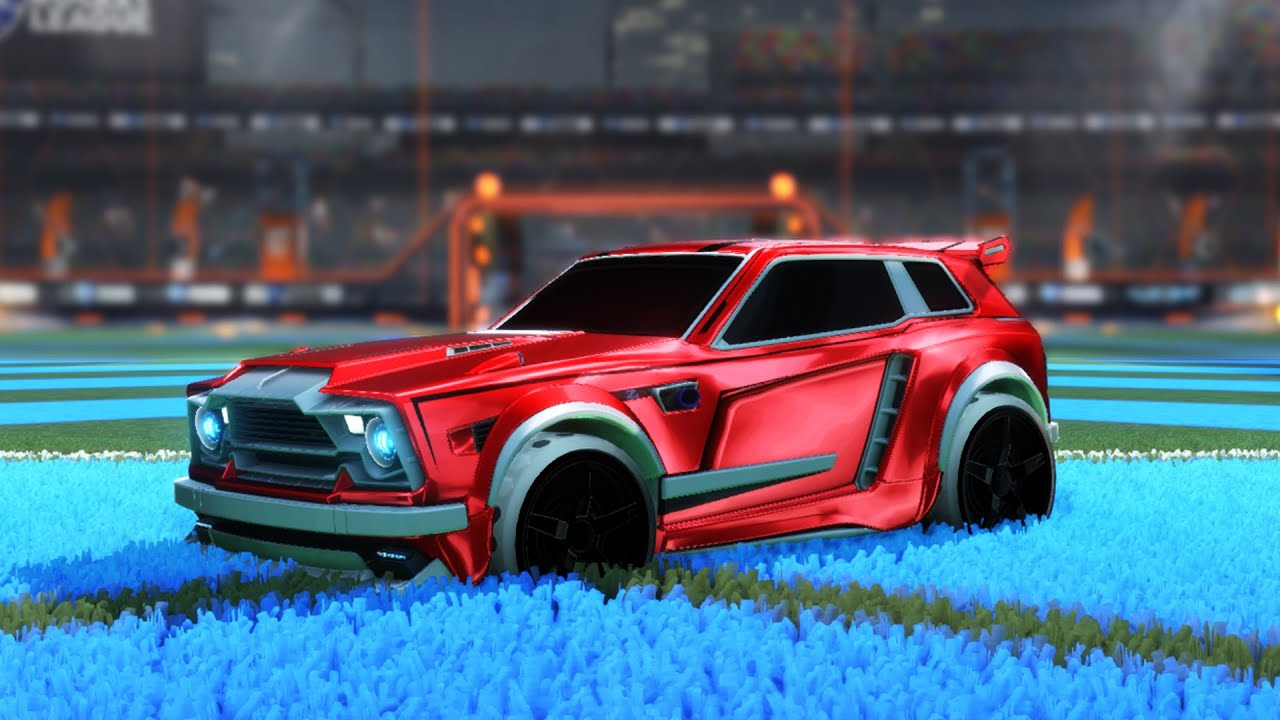 Coming in at number #2 is the car that built up a lot of hype and increased in popularity in recent months, the Fennec. This car has numerous qualities that the players love and which rank it so highly on our list, the first one being its hitbox. Due to the car’s simple cube shape, the way in which you hit the ball feels very predictable and you’re able to be in full control over the shots you take because of the Fennec’s rough corners. Additionally, the Fennec’s hitbox is the same as Octane’s, the most popular car in the game’s history, which makes for an easy switch if you’re a veteran.

Unlike the Octane, however, Fennec is bulkier and more direct, which is the reason why a lot of players decided to switch to this car as time went on. Just like the aforementioned Dominus, the Fennec is a jack of all trades whose popularity is only increasing as time goes on, with the car becoming a mainstay in the competitive Rocket League meta. In conclusion, if you’re looking for a car that is solid in almost every area in Rocket League, look no further than the Fennec, as the future looks bright for this cube-shaped unit of a car. 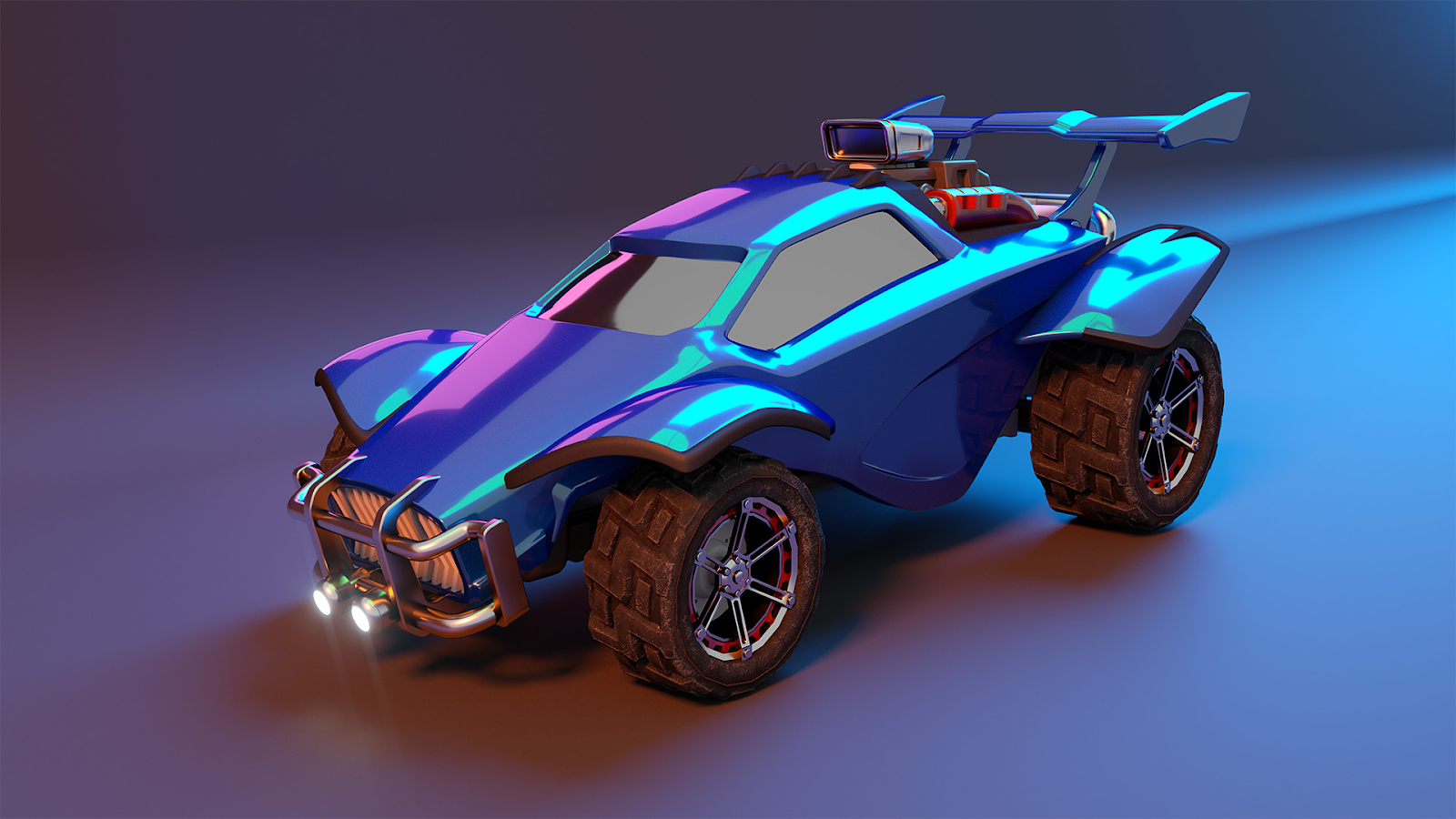 There is no surprise when it comes to the number #1 spot as it’s held by Psyonik’s poster child that is represented on the game’s logo, Octane. This car stood the test of time as it has been the most popular car in Rocket League since the game’s initial inception. That being said, there are a lot of reasons why Octane is the most popular car in the game, both casually and professionally. The main reason is that the car comes unlocked when you begin playing the game, therefore a lot of new players get comfortable with the car early on and never make the switch. Additionally, Octane is the most used car in Rocket League’s professional history, so if you’re someone who saw the game for the first time on an RLCS Twitch stream, you’ve definitely seen at least half of the pros in the lobby playing it.

When it comes to the car’s performance, Octane reigns supreme over the competition, as it’s considered to be the definitive best car in the game due to its unmatched versatility. It’s because of this versatility that the car sees so much play, as playing Rocket League at a high level requires your vehicle to be strong in more areas than one. This vehicle has the tallest hitbox in the game which makes it a menace in any sort of aerial encounter and provides a solid defensive basis as well if the need to save the goal arises. Octane is also notorious for its sharp turns and effective dribbles because of its shape. All in all, you can’t go wrong with picking the Octane as it truly is the ultimate Rocket League car.

There are no right or wrong choices when it comes to picking your Rocket League car as it all depends on playstyle and preference. There are many more cars apart from the 10 we mentioned that have a lot of qualities, both visual and mechanical. In the end, it’s all about finding the car you’re genuinely comfortable with, so don’t be afraid to try out something new.