Since the initial inception of Rocket League in 2015, the single most used and beloved car in the game, both casually and competitively, is the Octane. It truly is the perfect Rocket League vehicle in many regards. Both visually and gameplay-wise, Octane is the premier Rocket League car that is even portrayed on the game’s logo. However, this article is not about Octane, but rather about his younger brother Fennec.  Fennec, which was released in 2019, is the second most popular vehicle in Rocket League today and in this article, we’ll analyze the history of this car and take a look at what makes this car such a fan favorite and specially one of our most favorite cars that we use to do our rocket league boosting services.

The history of Fennec

Our story begins on July 1st, 2019, with the release of the summer exclusive Totally Awesome crate. One of the brand new items that were introduced in that crate along with new customization options was the new Fennec car. Upon its initial release, the Fennec wasn’t really sought after nor did the players try the car out too much, so you could say that it got off to a fairly slow start. However, the fate of this car would quickly change. 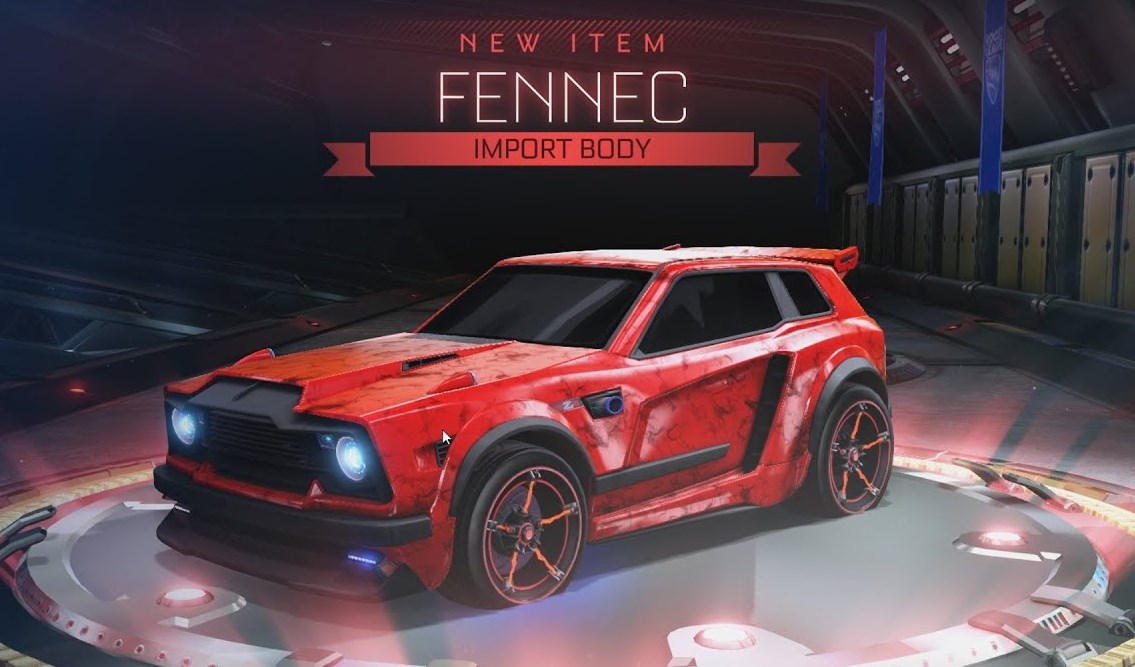 Only four days after the Fennec’s release, the Dreamhack Valencia professional tournament took place. This is vital because one of the players at the tournament, Chausette45, playing for PSG Esports decided to pick the Fennec car in a pool of vehicles dominated mostly by Octane and Dominus cars. Little did he know that his decision and his performance in the grand final would forever sway the general opinion on the Fennec car and make the community respect this cube-shaped racing vehicle. Throughout the tournament, Chaussete singlehandedly dismantled teams with his 1v2 and 1v3 dribbles, solo actions, and breathtaking ceiling shots. He completely dominated the pitch, leading the PSG team to a tournament victory, whilst showcasing the power of the Fennec car in the process.

As time went on, more professional players opted to use the Fennec vehicle in the tournaments that followed Dreamhack Valencia and the casual player base was slowly catching up to the trend. The next notable tournament success that Fennec achieved was at Dreamhack Montreal which took place in the September of 2019. The team that won the tournament named the Peeps had a Fennec player accompanied by 2 Octanes as opposed to other teams that were full of Octanes. Just like in Valencia 3 months earlier, there was a Fennec, this time named Gyro, who dominated the opposition with a number of solo outplays and stunning dribbles. Those results performed on the biggest stages raised eyebrows and made people realize the potential of this vehicle in the months that followed.

As time went on, Fennec saw even more competitive success with the car’s popularity steadily increasing in Seasons 8 and 9, with Season 10 being its first year at the top of popularity charts, both professionally and casually. 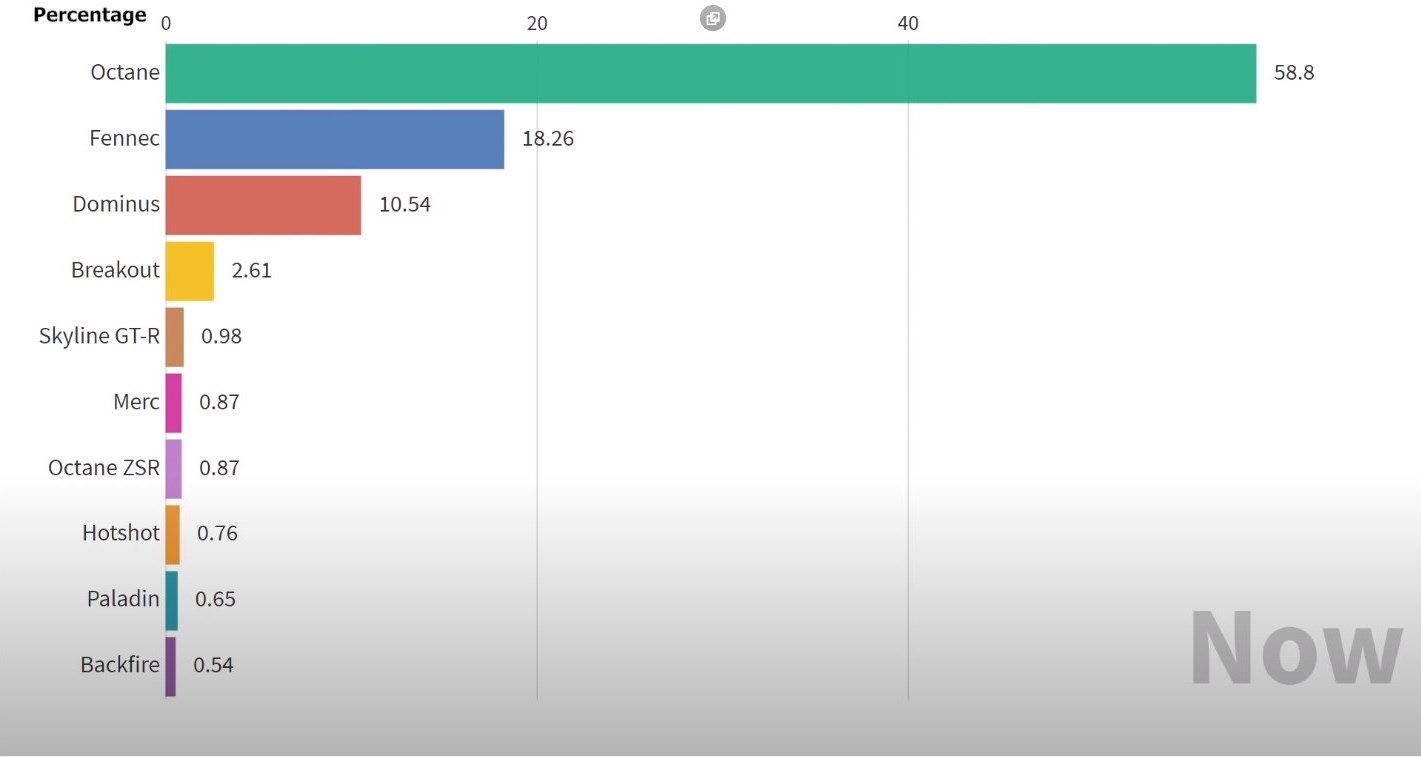 What makes the Fennec special?

There is an abundance of categories that a Rocket League car has to excel in for players to consider playing it. To put things into perspective, currently, there are 75 vehicle bodies in the game and only 5 of them see any consistent play. So what makes the somewhat recently released Fennec such a fan favorite?

Firstly, as we previously mentioned, the car sees a lot of competitive play and success. Whether you’re tuning in to an RLCS stream (professional RL) or watching a Diamond+ Twitch stream, there is a high chance that a lot of the players in the lobby will be playing the Fennec which speaks volumes about the car’s quality. Generally speaking, if you see your favorite RL player playing a certain car, giving tips on how to improve, you’ll be much more incentivized to try the car yourself and try to understand its qualities.

The first obvious gameplay quality of the car is the hitbox. Fennec has a fairly straightforward and simple hitbox that looks like a cube, just like the car does itself. Because of the car’s simple yet effective box shape, it’s easy to predict how you’re going to interact with the ball in-game. Furthermore, the hitbox is quite similar to Octane’s, which will make the transition to a Fennec that much easier if you’re someone who’s used to the Octane by now. After switching to a Fennec after using the Octane for years, a lot of players admitted that they preferred the Fennec’s rough corners when hitting and controlling the ball. 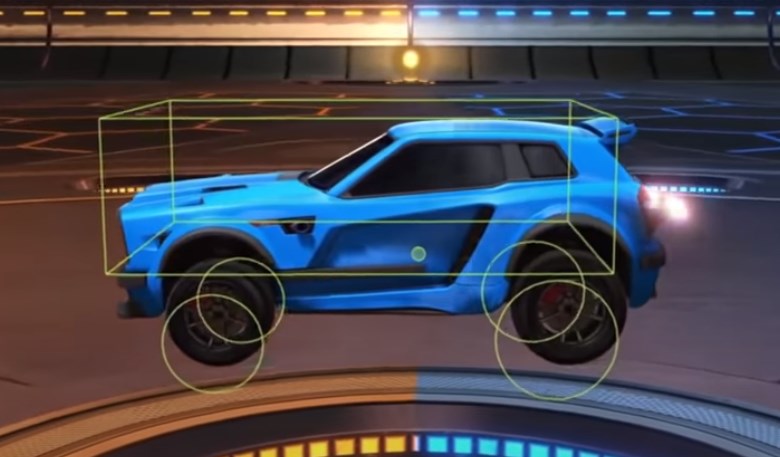 Moving on, there are more gameplay aspects that make this car such a solid choice. The general feeling of the car in-game is comparable, yet quite different to any other car in Rocket League. Shape-wise, it looks a lot like a Merc, but smaller and more compact. It hits like an Octane, but unlike the Octane’s pointy shape and balanced shots, Fennec feels small, yet bulky, and the shots feel direct and powerful. Overall, it feels like a very balanced car that excels in all the right areas, which is the main reason why people are fond of it.

There are a ton of cars in Rocket League that have the Octane’s hitbox, but only a small number of them ever see any usage in lobbies. If most of the cars feel similar, then why does the player base always gravitate towards the same vehicles? Well, the main reason is that some of the cars are just plain ugly, which is not the case with the Fennec.

Visually, Fennec is simple, yet modern and sophisticated. The most appealing visual aspect of this car lies in the fact that it looks like a real-life car rather than a video game creation. When choosing their cars, Rocket League players always preferred a car that looks like a vehicle you could actually see on the streets, with Octane being the only real exception. That being said, the Fennec mostly resembles the real-life Lancia Delta Integrale. 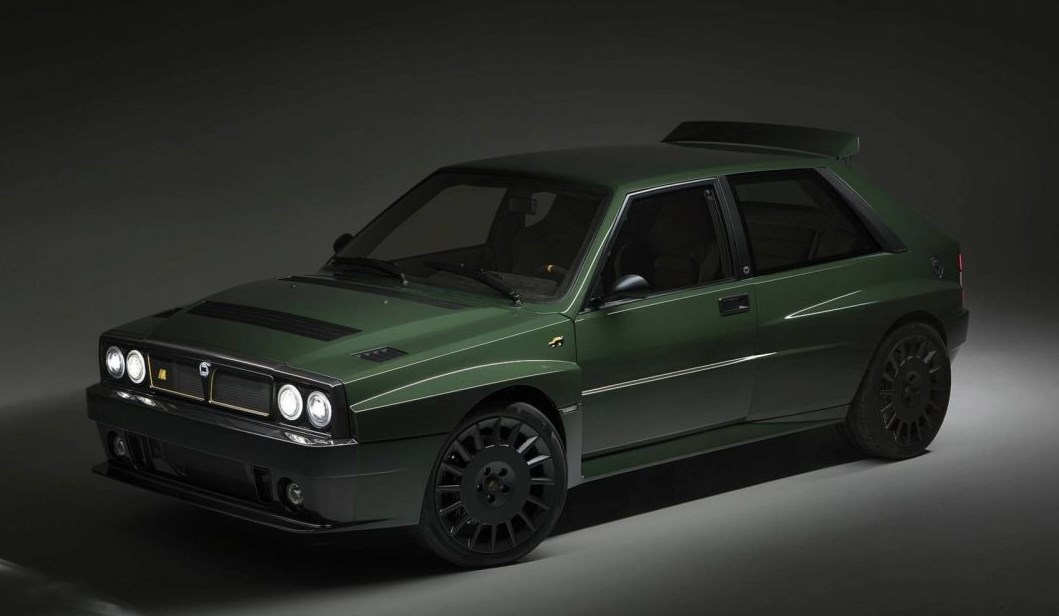 In conclusion, Fennec is a magnificent Rocket League vehicle with a bright future ahead of him, with more and more players picking the car up every day. There is a reason that pro players love this car and it lies in its beauty and simplicity, and it seems like the sky is the limit nowadays when it comes to the Fennec. If you’re tired of playing your Octane or Dominus, or in a tough ranked game loss streak, why not give this cube-shaped cookie a try?